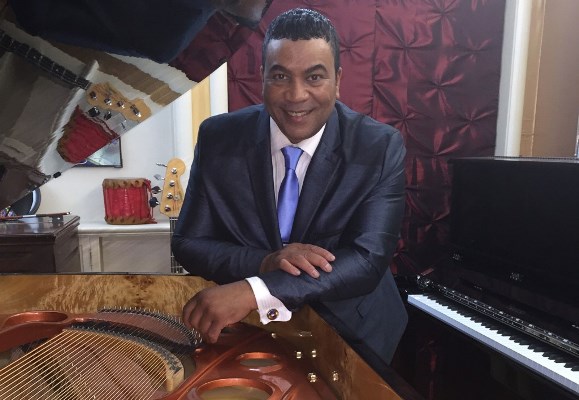 Warren Shadd is making history while making beautiful music! He’s a third generation musician; a second-generation piano technician; and now the first African American piano manufacturer!  The “Shadd Pianos” are not only being played at the Vatican, but are the pianos currently used on the set of the massively successful Fox television show, Empire!

The Shadd Pianos are called the “Stradivarius of pianos.” They are made by a master musician for those who love “masterful piano music.”

Warren Shadd’s generational talent can be traced back to his father, one of the top piano technicians/tuners in America. Shadd senior taught his son everything he knew about tuning and preparing a piano for beautiful music.

Initially, Warren was more interested in the performance side of music. Then one day, while visiting an older musician, Warren was asked to make the piano “sound better.” After he worked on the piano for a few minutes, the old man said, “You make this piano sound better than it has ever sounded! You need to have your name on that piano rather than Steinway’s!”

That day, Warren Shadd decided to create his own high end piano, with his name on it! Over the past ten years, Warren has struggled to “bootstrap” his piano company; battling setback after setback and disappointment after disappointment. Yet, he refused to give up on his dream to create the best sounding piano ever made!

He had thrown three prototypes in the trash, because he didn’t like the quality, even though many musicians said they were fantastic! Warren continued to say, “Not good enough! It’s not right yet! It has to be better!”

Today, Warren Shadd is the CEO of Shadd Pianos. In addition to the Vatican and being used on the hit show, Empire, his pianos are being played on American Idol. Richwood Smallwood (the great Gospel maestro and pianist) used a Shadd Piano for his new live album recording. Smallwood even talked about his magnificent piano during the concert!

In addition, Shadd has created another instrument that is both acoustic and digital. It’s an acoustic hybrid with modern electronic tools to help musicians compose, edit or teach. In conjunction with Dr. Phillip Pearl, Chief of Neurology at Children's National Medical Center (who is also a jazz & classical pianist), Shadd has even authored a manuscript detailing the technical changes that augment the use of the his new instruments which assists individuals with neuro-developmental disabilities.

This includes special features to help persons with vision loss, which can read music by Braille. For people with hearing loss there’s special vibratory seating so they can feel the vibrations of the music's frequencies! And Alzheimer's patients, who've lost their verbal skills, can still express their musical language with Shadd's technology.

Warren Shadd is an entrepreneur and maestro who has weathered many storms and beat the odds. He willingly shares his secrets with others on how they can do the same.

Here are powerful lessons Warren Shadd learned while refusing to give up on his dreams!