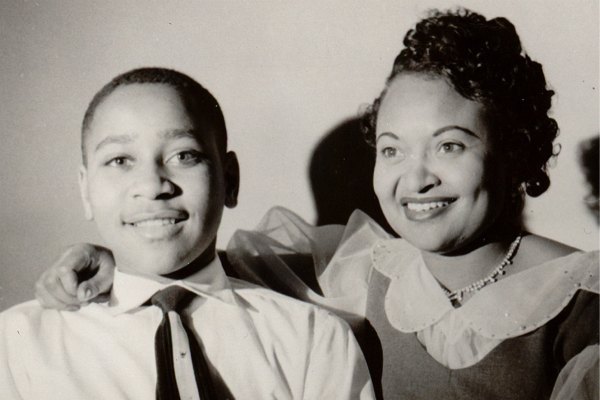 The more things change, the more they stay the same. Racially motivated murder of young Black Americans across the United States is not a new or rare phenomenon. For too long this brutally fatal manifestation of the madness of American racism has persisted in the face of public horror and disgust.

August 28 marked the 60th anniversary of the death of 14-year-old Emmett Louis Till, who was abducted, beaten and murdered near Money, Miss. for allegedly whistling at a White woman.

At the time, Mississippi led the nation in the number of lynchings, according to records kept by the Chicago Tribune. The brutal death of the teenager visiting from Chicago served as inspiration for the Montgomery Bus Boycott, which began in December 1955, four months after Till’s death.

The current Black Lives Matter movement that continues to gain momentum and support throughout the nation also engenders vivid memories from the past. The anniversary of Emmett Till’s murder and the subsequent not guilty verdicts that were given to Till’s confessed White killers stand as a painful reminder that systemic racial injustice in the U.S. has been a long-term reality for Black America.

We have to credit the raw courage of Emmett Till’s beloved mother, Mamie Till Mobley, for not allowing her son’s murder to go unnoticed throughout the nation and world. Sister Mobley was a strong mother and she refused in the face of enormous pressure to keep her son’s casket closed at his funeral in Chicago.

Mamie Till Mobley resisted the advice of the funeral director and insisted that the casket carrying the badly mutilated body of her son remain open for public viewing. She said, “I wanted the world to see what they did to my baby.” And that is exactly what happened. Jet magazine and hundreds of Black-owned newspapers across the country put the horrible picture of Emmett Till’s crushed face on the front page of their publications. Millions of Black Americans and others responded with calls and demands for justice for Emmett Till and his family.

I had the opportunity on several occasions over the years to speak and meet with Mamie Till Mobley in Chicago and in New York City before she died in 2003. Sister Mobley was also a staunch civil rights activists and leader. I remember that she once said to me, “We have to keep on fighting for freedom no matter what obstacles that may put in our path. We have suffered too much to let anything or anyone take us backwards as a people.” Her words are still true and relevant today.

As we are now preparing for the 20th anniversary of the Million Man March: Justice Or Else! on October 10 in Washington, D.C., the legacy of Emmett Till and the piercing truth of the long life and struggle of Mamie Till Mobley still scream out to this day to demand justice and equality for Black America and all those who have been victimized and oppressed by racism and injustice.

Recently, at Emmett Till’s gravesite in the Burr Oak Cemetery near Chicago, there was a memorial service organized by the Mamie Till Mobley Memorial Foundation. Airickca Gordon-Taylor, co-founder of the foundation and a relative of Till, stated, “I see many parallels with what happened to Emmett, you can connect the dots…. Our family, we had dealt with injustice for 60 years. We never had justice for Emmett Till’s murder.”

Yes, the dots are being connected. The Black Lives Matter is growing and the memory of what happened to Emmett Till serves as an important reminder. Geneva Reed-Veal, the mother of Sandra Bland, the young Black American woman who was arrested in Texas and found hanged in a jail cell just a few weeks ago, was also at the Till’s gravesite memorial. The pain that the Till family still feels is the pain that the Bland family feels. This is pain that Black America feels.

Each generation of Black Americans has had to endure this pain, but at the same time continue to demand and struggle for racial justice, freedom and equality. Black Lives Matter. Emmett Till’s life still matters.

Benjamin F. Chavis, Jr. is the President and CEO of the National Newspaper Publishers Association (NNPA) and can be reached for national advertisement sales and partnership proposals at: [email protected]; and for lectures and other professional consultations at: http://drbenjaminfchavisjr.wix.com/drbfc