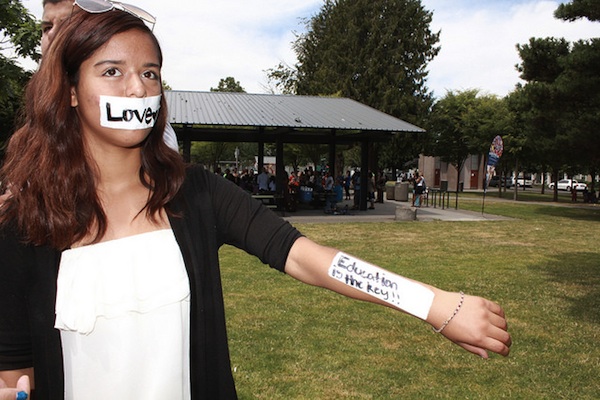 Criminal street gangs are a serious burden in Central and South King County. Gang violence is part of that picture and must be addressed. The most fertile ground for the spread of gangs is the hearts and minds of our youth.

At a young age, our most vulnerable children are making decisions that could lead them to a lifetime of violence and criminal behavior. In order to address the problem, we must look to prevention and early interventions.

Gangs recruit using the need for belonging and guidance, thriving on a lack of social structure and support in children’s lives. They give young men and women a sense of identity and a feeling of power, however false it may be.

Research shows the most vulnerable children are from communities of color, in high poverty areas, and surrounded by violence or substance abuse. The symptoms of gang activity are crime, but the illness is social and must be cured as a community.

A diverse coalition of state, city, law enforcement and local leaders came together around a plan of action to make prevention and early intervention a priority in this year’s budget. With their support and guidance we secured $1 million for gang intervention targeted at vulnerable youth, garnering the backing needed in the House and Senate to make it a reality.

This investment builds on work that started in 2012 to provide gang intervention grant funding to organizations with a successful and proven record of striking at the roots of gang activity. Street outreach workers who do the difficult work of intervention need reliable funding to maintain a sustained effort to combat the growth in gang activity. Grant applications for these services have soared across the state, exceeding the amount of available funding and leaving some communities without any meaningful support.

There are more than 12,000 documented gang members in King County alone with ongoing gang activity in Yakima, Tacoma/Pierce County, Spokane, Snohomish County, and southwest Washington. The continuing investments we make this year are targeted to cut off the supply of young people being drawn into the gangs through proven intervention and outreach. Research by the Washington Institute for Public Policy shows that “youth who spend their free-time in pro-social and constructive activities are at lesser risk of violence.”

The model for success in these efforts is the Alive and Free program operated by the YMCA of Greater Seattle. Based on a successful program transported from Los Angeles by Seahawks coach Pete Carroll, Alive and Free pursues the hearts and minds of youth and empowers them to take control of their individual destinies. By employing street outreach workers, many of whom have escaped from gangs themselves, the program meets youth where they are at and builds a positive social structure for them to find their way to success.

With the support of South King County police agencies, including Kent and Renton, and a $200,000 investment from the state, Alive and Free has been working with as many as 85 youth a month to steer them towards positive social experiences and away from gangs. In South King County they serve children as young as 12 and up to 18 years old, three-quarters of which already have gang affiliation. Over half are failing one or more classes at school and have prior involvement in the juvenile justice system. Alive and Free boasts a 92 percent graduation rate among the young people they have served. Those are the kind of results we need.

Once a child is absorbed into gang culture there is a huge social cost that extends well beyond that individual: lost instructional time, medical care, and incarceration costs add up quickly. A dollar spent keeping a child out of a gang is many dollars gained in reduced crime, healthier families and more successful students. More important than cost savings is the immeasurable benefit that both society and the individual receives from ending violence and strengthening families.

The end of gangs begins with the rescue and protection of vulnerable youth. By focusing on curing the illness of gang activity we have a chance to stop its spread and give youth the hope and future they deserve. And that is worth every penny.