Trumping the Donald on Immigration 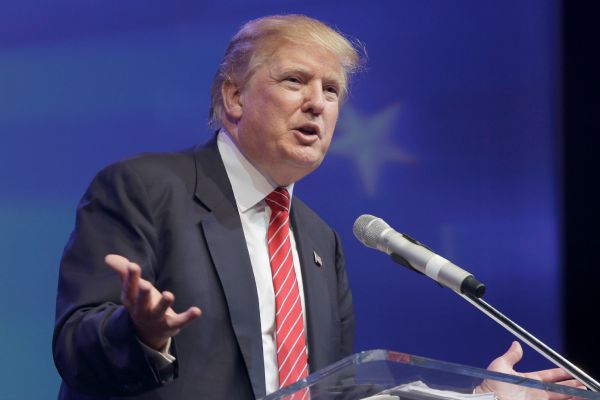 Watching Donald Trump being interviewed this past week was – for the few moments that I could take it – quite fascinating. What quickly became clear was that Trump will not let the facts get in the way of his opinion. Actually, he will dispense with the actual facts and create his own.

Such was the case when it was pointed out that the number of murders committed by undocumented immigrants were less, as a proportion, than those committed by the general public. Trump simply said that the interviewer had her facts wrong; did not state counter-facts; and moved on.

We have to remember that this is the same person who played to the worst, racist sentiments in the U.S. with his support for the Birthers, i.e., those who suggested that President Obama had not been born in the U.S. and was, therefore, not a citizen and not eligible to be president of the United States. The facts, including the provision of Obama’s birth certificate, were never enough to stop his gab. Again, the facts are as he sees it.

Trump’s anti-immigrant rant, while ridiculous, is quite dangerous. He is playing to right-wing, xenophobic forces in the USA who wish to portray immigrants as the source of the problems of this country. His blatant, anti-Mexican rhetoric, suggesting, for example, that Mexican immigrants bring with them crime, leads one to ask a simple question: What does Trump think about the people who migrated from Sicily? How about from Ireland? In both cases, notorious criminal organizations were either brought with the immigrants or were formed by the immigrants once they arrived. Does this mean that Sicilians and Irish were overwhelmingly criminals? Of course not, but that small fact is completely absent from Trump’s analysis. If he is not suggesting – and actually cannot suggest – that Sicilians and Irish were a bunch of criminals, then on what basis can he go after Mexicans?

Trump’s opportunism is aimed at winning the Republican nomination or, at least, influencing the outcome of the primary process. More importantly he is, regardless of intent, working to not only stoke the coals of xenophobia, but to make more coherent and legitimate, the right-wing, racial attack on immigrants of color. He may say that he has Mexican friends, but where have we heard that language before?

Trump’s racist opportunism must be blunted and this means a combination of speaking out every time we hear his irrational words, as well as working to isolate him as one would a dangerous plague. Movements such as #BlackLivesMatter as well as organized labor need to join hands with immigrant rights forces in pointing out the hypocrisy and blatant racism contained in Trump’s efforts. These movements must also join hands in the fight for genuine immigration reform that recognizes the humanity of immigrants of color as well as recognizes that many, if not most, of these immigrants find themselves on our shores as a direct result of policies by the U.S. government and corporations, policies such as military interventions and free trade acts.

In fact, many of these policies originate in boardrooms such as those occupied by the Donald.

Bill Fletcher, Jr. is the host ofThe Global Africanon Telesur-English. He is a racial justice, labor and global justice activist and writer. Follow him on Twitter, Facebook and atwww.billfletcherjr.com.