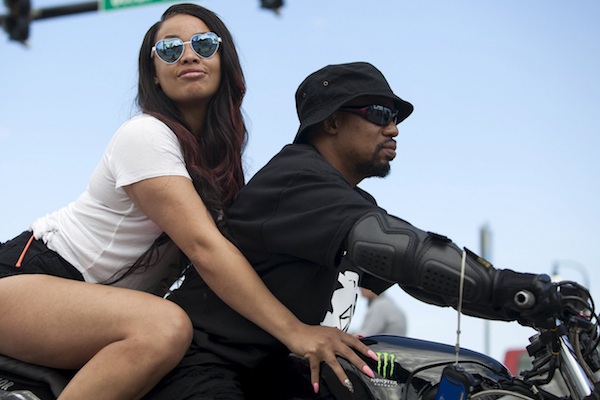 For more than two decades, thousands of African American motorcyclists have traveled across the nation to South Carolina, to attend the Atlantic Beach Memorial Day Bikefest. On the last weekend in May every year, the low hum of customized choppers with high-handle bars and the high-pitched revs of neon-painted street bikes have sounded out on Ocean Boulevard.

The 2015 Bikefest, however, was different, The Guardian reports. Ocean Boulevard, a two-lane commercial strip running parallel to the Atlantic Ocean, was partially closed. Hundreds of police officers enforced a one-way traffic pattern that clogged streets for miles and forced motorcyclists to idle in gridlock for hours. Much to the dismay of riders, pedestrians walked faster than bikes. Read The Guardian’s full story here.

Video: Nina Simone's My Baby Just Cares for Me

The Grio reports that the Nina Simone biopic starring Zoe Saldana will be released later this year. The release was delayed after critics said Saldana was simply not black enough to play the trailblazing singer. Check out the real deal in this documentary clip that shows the singer in all her complexity: VIDEO: What Happened, Miss Simone?

In Mic.com Darnell L Moore looks at the way Black men are portrayed in the media and doesn’t much care for what he sees.

“U.S. prison cells are bloated with the bodies of black men, but the restrictive walls of our public imagination imprison black men too: From Emmett Till to Trayvon Martin, they are culturally imagined as "thugs," gangsters, deadbeat dads, emotionless lovers or sexually potent threats.”

Check out the story and Moore's photos (warning: nudity) 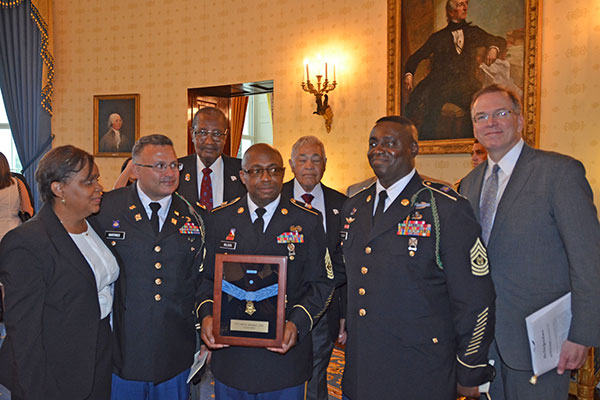 But this week hasn't been quite so happy for other justice advocates. The Skanner News' Donovan Smith reported on a shooting during the Last Thursday Arts festival on Alberta Street that left a young woman and two teens injured and sent a 16-year-old to detention facing attempted murder charges. Collateral damage included two #blacklivesmatter activists: Glenn Waco and Marcus Cooper who went to help a victim and were subsequently arrested on four different charges. The pair released this video about their experience.

Video: Glenn Waco and Marcus Cooper talk about being arrested after helping a shooting victim

Compose Yourself magazined interviewed Glenn Waco about activism a month before the incident.

"I want artists to be able to express themselves without being systematically shut down and pigeonholed. I want things to get to a point to where artists have the avenues to really make money and build their brands in Portland. I want artists to see the power that they have and really take advantage of it and build community and opportunities, it’s imperative to our future."

Read the rest of the interview here.

And with violence on the uptick in Portland and police saying it refelcts an increase in gang membership: How do we Define a Gang member anyway?

A story in The Skanner looked at how local police define gangs. And that same week the New York Times delved into the impact on Californian offenders of being labelled gang members.

Video: Your Mind is Your Prison or Your Palace

“It all begins in your mind. Your mind can either be your prison or your palace, what you make it is yours to decide.” Ghanaian entrepreneur, Bernard Kelvin Clive in this talk shows you how to take your idea to the next level, he says just “Be NICE.”

En Vogue delivered the same message in their own unique way…

The Washington Post posted a simple graphic that showed why Qatar shouldn't be holding the FIFA World cup-- whether or not they landed the fixture through bribery and corruption. Check out the graphic.