Commentary: Celebrating the 20th Anniversary of the Million Man March 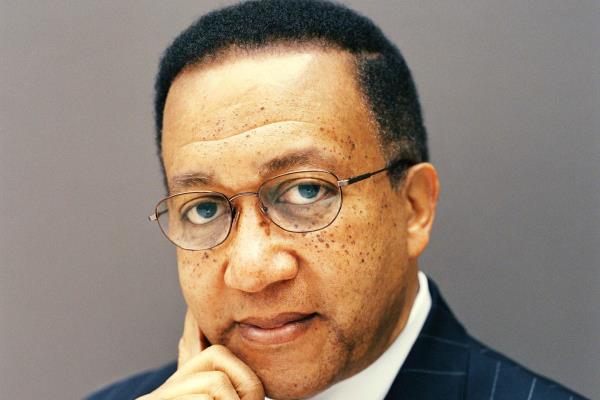 On October 16, we will commemorate the 20th anniversary of the Million Man March. In the subsequent two decades Black Americans, have experienced great triumphs, tragedies and tribulations.This anniversary of the Million Man March will have a special meaning and significance for Black America and all who continue to thirst and struggle for freedom, justice and equality. Preparing for this milestone will require not only reflections of the triumphs of that great day of successful mass mobilization, but also that we assess where we are today and where we should be in the future to progress and advance our cause.

Of course, there are today millions of younger Black Americans who are under the age of 20 and many of them may have heard or read about the Million Man March. But most of our youth today are not really aware of the pivotal life-changing impact of that “Holy Day of Atonement, Reconciliation and Responsibility” for the more than 1.2 million Black men that assembled resolute in spiritual unity at the Million Man March on Monday, October 16, 1995 in Washington, D.C.
There is an old African proverb that says if you do not share your triumphs and achievements with the youth of the village, then the future of the village’s progress will be put in greater jeopardy. Likewise, there should be a concerted effort to inform our youth about how the Million Man March had a positive change effect on the men and their families who participated in the largest single gathering of Black Americans in the history of America.
Confounding the legions of critics, there was no violence, no drunkenness, no drugs, no physical fights and no acts of self-destruction and degradation at any point during that day. Instead, what was displayed during that eventful day was an unprecedented example of Black brotherhood, camaraderie, solidarity, and commitment to improve the quality of life of the Black family and the Black diaspora.
When the Honorable Minister Louis Farrakhan issued the call for the Million Man March, I believed that it was not only possible to achieve the goal of getting more than a million Black men of all ages and backgrounds to assemble and stand together, but also I knew that it would have the potential to change the mindset, consciousness and behavior of millions of our brothers.
We must remember that prior to October 1995, the U.S. Centers for Disease Control (CDC) had declared that young Black American males had become an endangered species because of the escalating rate of fratricide and homicide among young Black males. On the day of the Million Man March, the Black on Black crime rate went down to its lowest rate since crime statistics have been recorded. The Million Man March also caused a significant decrease in Black high school dropout rates immediately during the first year after the march. There was an increase in Black voter registration by more than 1.5 million after the march.
According to the National Association of Black Social Workers, there was a significant increase in the adoption of Black orphaned children by the thousands across the nation in the aftermath of the Million Man March. There are countless of antidotal stories in every state about how the Million Man March reunited tens of thousands of families with many of the men who participated in the Day of Atonement that took stronger acts of personal responsibility to provide for their families and children.
Now it is 20 years later, and we should be preparing to celebrate the progress that has been made and to focus on those areas where we are experiencing a recurring hopelessness and self-destruction. The Million Man March showed beyond the shadow of any doubt that we do have the capacity to change for the better. If we can do it on one day, we should be able to do it every day, every week and month, and every year.
There will be certainly much more written and hopefully done to prepare for the much needed “revival” of the spirit and substance of the Million Man March going forward. The future of the oppressed is not in the hands of the oppressor. Our future is in our own capable hands if we would all work together more effectively.
By God’s grace and love, may we all find the courage to work together anew to raise the consciousness of men, women and youth about our mutual responsibilities to be thy brothers and sisters keepers beyond just at an anniversary moment.

Benjamin F. Chavis, Jr. was National Director of the Million Man March Organizing Committee. He is the President and CEO of the National Newspaper Publishers Association (NNPA) and can be reached for national advertisement sales and partnership proposals at: dr.bchavis@nnpa.org; and for lectures and other professional consultations at: http://drbenjaminfchavisjr.wix.com/drbfc