Making No Progress on Race with ‘Progressives’ 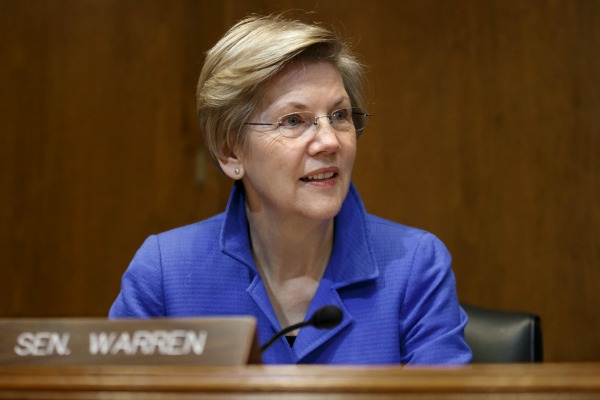 I like Senator Elizabeth Warren (D-Mass.). Her progressive ideas are just what we need while Hilary Clinton is straddling the fence, and still cozying up with bankers. Warren says she isn’t running for president, but there are quite a few political action committees urging her to run.

Like President Barack Obama, she released a biography (A Fighting Chance) just two years before the 2016 election. It provides details of her hardscrabble childhood, her early pregnancy and marriage, and her struggles combining work and family when she had a small child. Men and women can relate to her story, as well as at the way she became the guru for consumer rights and financial literacy. When senators would not confirm her for the permanent position in the Department of Treasury, she ran for the Senate. It was her first time running for office and she won.

Warren has consistently articulated a progressive agenda focused on those at the bottom. As progressive as she is, she has consistently ignored race matters. Perhaps this is because progressive politicians feel they will alienate part of their base if they talk about race. This makes Warren and the others not much different than conventional politicians, ignoring the economic differences between African Americans and others.

How would Elizabeth Warren deal with declining revenues for Historically Black Colleges and Universities (HBCUs)? Would she step in to close the unemployment rate gap or the achievement gap? Would she deal with the housing discrimination that too many African Americans face? Or, would she hide behind the common progressive refrain that when challenges at the bottom are addressed? That is: African Americans are lifted up and their circumstance will change as the plight of everyone else improves.

Another impressive Senator, Sherrod Brown (D-Ohio), has articulated a progressive agenda in the Senate for more than a decade. He hails from the swing state of Ohio, and many are wondering why he doesn’t command the same kind of attention that Elizabeth Warren does. While his ideas are solid he, too, has pretty much ignored the issue of race.

At the same time that progressives have been ignoring race, we have been barraged with proof that race matters. Whether we are talking about those in kindergarten or in high schools, African American students face stricter discipline (with some of them, regardless of age, handcuffed and expelled from school), while teachers rely on their sociology classes to justify keeping White kids in school for the same infractions. Conversations about disproportionate rates of incarceration, and racial disparities in the application of the death penalty are rarely raised in Congress unless members of the Congressional Black Caucus bring it up.

African American Democrats will hold their noses and vote for Elizabeth Warren, or if they are Clinton loyalists, they will vote her instead. Indeed, Elizabeth Warren has as much a change of winning a presidential contest as I do, but her committees will challenge the Clinton positions on domestic public policy. If she is able to get Senator Clinton to alter her positions on just a few matters, she will have done her job.

Still, like President Obama, the matter of race is off the table. The president addresses race gingerly, mainly because as an African American president he must debunk the myth that he is racially biased. I don’t agree with position, or the way he dealt with it in the State of the Union address when he had nothing to lose by dealing with race or simply saying the words “African American” or “Black.” Race still matters in our nation. What national leader has the courage to say it? Warren, Clinton and Brown have more leeway than President Obama, but they have as much fear as President Obama does for addressing a key national issue.

There is significant excitement about the role Senator Elizabeth Warren will play in the 2016 election. Maybe she will garner enough delegates to force a roll call, or at least the opportunity to nominate Senator Clinton. Maybe she will have a chance to address the nation in one of the prime-time spots during the convention, just as President Obama did in 2000. Certainly, her name will be whispered or even shouted as she gains popular support. But if she is unwilling to talk about race, she will not have met the expectations of some in the African American community.

Julianne Malveaux is an author and economist based in Washington, D.C.