The Legacy of Black History Month 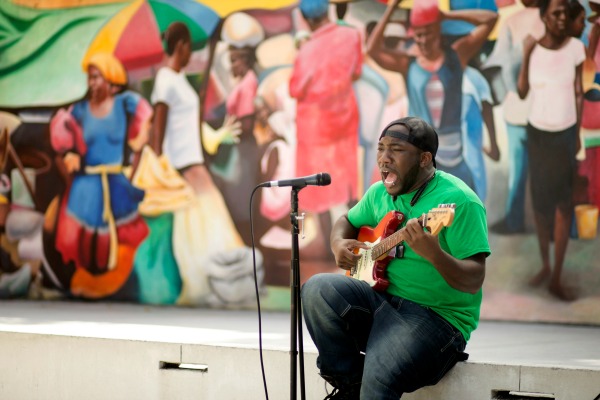 It is also important to note that this year marks the centennial celebration of Woodson’s founding of the Association for the Study of African American Life and History (ASALH). The mission of ASALH is to “promote, research, preserve, interpret and disseminate information about Black life, history and culture to the global community.” Established in 1915, the association has no peer in the preservation of our rich history.

ASALH continues to extend the legacy Carter G. Woodson “speaking a fundamental truth to the world – that Africans and peoples of African descent are makers of history and co-workers in what W. E. B. Du Bois called, The Kingdom of Culture.” Yes, it is clearly of the greatest necessity for all of us to support and spread knowledge about the accomplishments of Woodson, which included his landmark, The Mis-Education of the Negro. Written in 1933, the book is as timely today as it was 82 years ago.

We must not allow anyone or anything to diminish or to dismiss the uninterrupted relevance and importance of Black American history, culture and intellectual genius. The “fundamental truth” about the glorious and triumphant history of peoples of African descent needs to be retold and appreciated by all people throughout the world.

We are a proud people. We are an African people. We are the Black family, community, nation and global community. We are a people of the long centuries-long struggle for freedom, justice and equality. Our history did not begin or end with the tragedy and holocaust of transatlantic slavery. The history of African people begins with God’s creation of humanity. We are the original people. Human civilization had its birth and evolution in the cradle of the heart of Africa.

When I hear people today say that Black Americans have a challenge with science, technology, engineering and math (STEM) academic courses and disciplines, I ask: Why? We are the originators of math and science. One of the reasons Black History Month is so important is because it forces us to remind ourselves that high achievement and excellent academic performance are a vital components of our historical evolution. Being skilled in science and math is not tantamount to “acting White,” whatever that is. Rather, it’s thinking Black in the finest of traditions.

In a real sense Black History Month is Black Achievement Month. We must do a better job in defining and controlling the narrative about Black Americas in the past, currently and the future. The so-called “mainstream” media is still full of negative stereotypes and debilitating caricatures when it comes to reporting news, sports or about the cultural arts of people of African descent.

Here are my five recommendations for properly celebrating this 2015 Black History Month:

• #Black Lives Matter: We endorse the national social media campaign to assert the value of all Black American lives and to confront and stop racially-motivated police brutality;
• Let’s strengthen Black-owned businesses this month not only by buying Black, but by encouraging the mentorship and development of a new generation of young entrepreneurs;
• Financially support the Historically Black Colleges and Universities (HBCUs), whether to an individual college, or through the National Association For Equality Opportunity in Higher Education (NAFEO), the United Negro College Fund (UNCF) or the Thurgood Marshall Scholarship Fund. Make a contribution to support HBCUs this month;
• Subscribe to a Black-owned newspaper this month for yourself and for a relative. #OurVoice75 Support the National Newspaper Publishers Association (NNPA) 75th Anniversary throughout this year.
• Let’s prepare to reassert our demand for the protection of the voting rights of all people and in particular for Black Americans as we approach in the next few weeks the 50th Anniversary of the Selma to Montgomery March.

Let’s make more history together. Our future will be determined by what we do today. Let’s make this Black History Month a time of both reflection and action to advance the interests of Black America and all African people everywhere.

Benjamin F. Chavis, Jr. is the President and CEO of the National Newspaper Publishers Association (NNPA) and can be reached for national advertisement sales and partnership proposals at: dr.bchavis@nnpa.org; and for lectures and other professional consultations at: http://drbenjaminfchavisjr.wix.com/drbfc