Our Veterans: Not Just One Day, but a Lasting Commitment 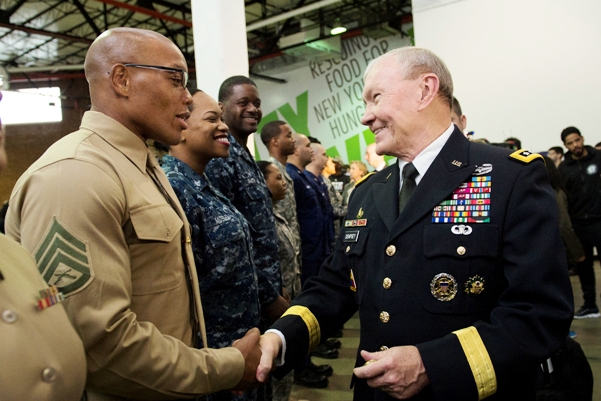 On Veterans Day, it’s one day to think hard.  What do we contemplate when we launch into war?  Do we plan for the seemingly endless painful plight of veterans –their families, friends and communities?

Planning for outcomes is common sense.  A skydiver won’t fling herself into the air without considering a fall.  A doctor does not operate without knowing the patient’s recovery plan.  Our federal government invests in education to better education outcomes.  Why don’t we plan to pay for the long range costs –physical and mental – of those we send to war?

In not so long ago wars, soldiers died on the fields of battle or were MIA (Missing in Action).  Modern battlefield medics provide on the spot medical assistance, so more soldiers return home.  Their wounds, however, often last a lifetime.  As do the costs.

Headlines scream that our recent wars leave vets longing for help. Lines and waiting for health care. Joblessness makes housing an effort for many, leaving them homeless, or living in squalid shelters.  Veterans’ families suffer with them, they break apart, or, worse yet, suffer domestic violence and sometimes suicide or worse.

This pain is public.  Widely known.  Our leaders hold that they take us into war with veterans in mind.  I have to trust that it’s true.  But I ask that they demand that as we pay for war, we plan and pay for the outcomes we know will follow.

Right after the election, Congress may debate and consider an Authorization of Military Force for Iraq and Syria.  At the same time, they will possibly consider passing budgets to fund government programs, including an outrageous emergent sum to fund wars which is essentially a slush fund on top of the already mushrooming Pentagon budget.  On its face, just that slush fund is outrageous.  We already fund the Pentagon; they should not just be on contingency and then ask for billions on top of that to make war.  That is especially true if there is not an end to war in sight, and there is no additional funding for the veterans who will come from that war, or wars. 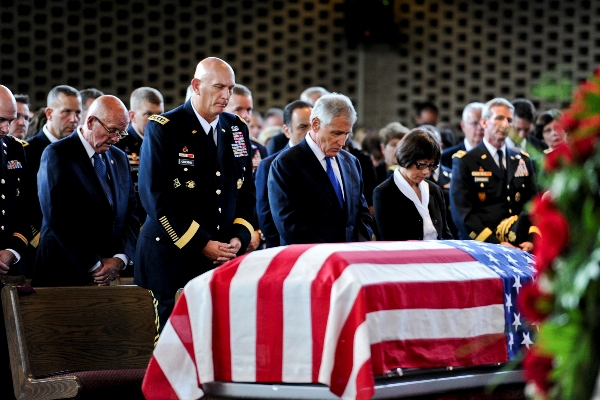 Some are trying to recognize what we have learned.  At least 22 veterans commit suicide each day, according to the Veterans Affairs Department. This adds up to more than 2,000 veterans killing themselves so far this year alone.  There is an offer in the Senate with provisions to force the Pentagon to reexamine troops who were discharged for PTSD-related behaviors and expand the number of years to adjust for delayed reactions to time in combat.  How to pay for it has stopped the measure in its tracks.  Money is always the issue.

Backed by the First Lady, Michelle Obama, there is a push to end veteran homelessness by 2015.  This will be an even harder pull if we have even more and more veterans to manage.  Homelessness obviously affects the whole family, and the ability to be employed.

Unemployment for the post-9/11 veterans is also staggering.  As with all these veterans, local communities must be a part of the mix of post combat problems for vets.  Providing health care, suicide prevention, domestic dispute consultation, housing, employment and job training often falls to local governments, agencies or non-profits.  These can be overwhelming, unexpected and therefore unplanned local expenditures.

The Washington Post and the Kaiser Family Foundation poll, survey and report issued in March of this year mapped “A Legacy of Pain and Pride.”  Our recent wars must alert us to war’s legacies aptly described in this report.  Endless pain, endless financial burdens, the endless downsides to war plus the simultaneous pride in serving our country cannot be ignored.  We will always have patriotic soldiers who will fight for us, and for others.  We must, now, on this day, consider the future for our patriotic soldiers who will become veterans who face pain and pride.  As we reward them in passing with a “thank you for your service,” and they proudly receive medals, we have an obligation and a commitment to them to plan for that pain and plan to pay for it.  Maybe that will stop us from sending more into battle if the legacy is not worth the price.

Susan Shaer is the executive director of WAND, Women’s Action for New Directions, a national women’s peace and security organization that advocate for a sound, safe, sane, smart foreign policy. Karen Camper is a State Representative from Memphis, Tennessee and a Chief Warrant Officer Three, US Army Retired. She also serves on the board of the WAND Education Fund.