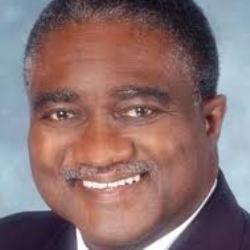 Lost in the frenzy to erect barriers to voting, including reducing the hours available for early voting and imposing strict voter ID requirements, is the embarrassing fact that the United States lags behind more than 100 countries in the percentage of registered voters who show up on Election Day.

Not surprisingly, countries with compulsory voting, such as Australia, have the highest turnout rates. However, those with such laws and lax enforcement, such as Brazil and Mexico, do not fare as well as Australia. And those that have eliminated compulsory voting, including the Netherlands, reported a subsequent drop in voter participation.

The Center for Voting and Democracy says the easier it is to register, the higher the participation rate.

“Another country with a highly efficient registration process is France. At the age of eighteen, all youth are automatically registered. Only new residents and citizens who have moved are responsible for bearing the costs and inconvenience of updating their registration. Similarly, in Nordic countries, all citizens and residents are included in the official population register, which is simultaneously a tax list, voter registration, and membership in the universal health system. Residents are required by law to report any change of address to register within a short time after moving. This is also the system in Germany (but without the membership in the health system).”

However, the trend is to erect more barriers to voting.

“Since the 2010 election, new voting restrictions are slated to be in place in 22 states. Unless these restrictions are blocked – and there are court challenges to laws in six of those states –  voters in nearly half the country could find it harder to cast a ballot in the 2014 midterm election than they did in 2010. The new laws range from photo ID requirements to early voting cutbacks to voter registration restrictions. Partisanship and race were key factors in this movement. Most restrictions passed through GOP-controlled legislatures and in states with increases in minority turnout,” The Brennan Center for Justice at New York University reported.

Today’s efforts to suppress the Black vote mirrors similar actions in the 1800s.

“Voter registration originated in the early 19th century as a method of disenfranchisement. Many states were concerned with the growing number of foreign-born transients participating in local government, and so they developed a system of registration to ensure that these non-citizens could not vote. While this did disenfranchise transients and the foreign-born, many poor citizens were also not included on the voter rolls; they were often not home when the assessors came by, which was typically during the work-day, so they were not included. Many areas that were largely Democratic rebuffed the registration system, because most of the poor, immigrants, and other potentially disenfranchised groups tended to vote Democrat,” Alexander Keyssar wrote in his book, The Right to Vote: The Contested History of Democracy in the United States.

He continued, “Near the beginning of the 20th century, other disenfranchisement issues arose, mostly concerning the ability of African-Americans to vote. Laws in the South were designed ‘expressly to be administered in a discriminatory fashion,’ where the validity of a vote due to small mismarks, an arbitrary assessment of a voter’s ‘understanding,’ or other minutia would be subject to the whim of an election official.”

Our challenge today is to expand voter participation, not constrict it.

As the Center for Voting and Democracy noted, “The United States is one of only a few democracies in the world where the government does not take responsibility for registering voters.  Instead, our government leaves the construction of voter rolls up to partisan and non-partisan voter registration organizations, political parties, election officials and active citizens.”