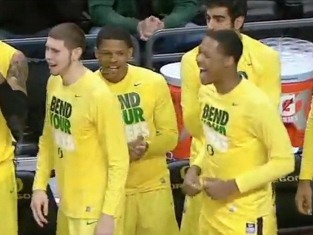 (CNN) -- This much we know for sure: There will be a new champion in men's college basketball.

A year after an impressive freshman class led Kentucky to its eighth national title, the Wildcats failed to make the 68-team NCAA tournament field this year.

Their in-state rival, Louisville, is the top seed in the tournament and the No. 1 seed in the Midwest region.

The Cardinals are joined by Gonzaga, Indiana and Kansas as No. 1 seeds.

The women's NCAA tournament pairings will be announced at 7 p.m. ET Monday.

Last season, a dominant Kentucky team rolled through the tournament, then lost six players -- including three freshmen starters -- to the NBA draft.

This season, the inexperienced Wildcats struggled, as a highly rated rookie class never jelled as a team. After going 21-11 (many of those losses by more than 10 points) and losing in the quarterfinals of the Southeastern Conference tournament, Kentucky likely is bound for the National Invitation Tournament.

The list also includes Liberty, which lost 20 games this season, but got hot in March and won the Big South tournament. The Flames will play Tuesday in one of the First Four matches against North Carolina A&T.

One of the surprise selections by the committee that chose the at-large teams was Middle Tennessee State (28-5), which the Sun Belt regular season title, but lost in the semifinals of the conference tournament.

Here are the teams that locked up tourney spots by winning their conference crowns:

In the women's field, the top four ranked teams are Baylor, Notre Dame, Connecticut and Stanford. According to ESPN's Charlie Creme, the quartet likely will be No. 1 seeds when the tournament begins Saturday.

Baylor (32-1), the defending champion, is led by center Brittney Griner, the reigning player of the year.