Jineea Butler Tells us Her Dream for HipHop 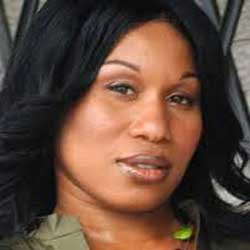 It was all a dream. Salt n Pepa and Heavy D in a limousine. Hanging pictures on my wall….. I share the late Notorious B.I.G’s sentiments as he described his undying love for Hip Hop in his multi-platinum hit ‘Juicy.’  What is your Hip Hop dream?

I went from Lucious J to Kandi with a K to Flygirl Lady Jay, but my most important title is president of the Hip Hop Union. My dream was to build an organization that provides the necessary tools, resources and services to activate and assist businesses and entrepreneurs who are dedicated to preserving the legacy and expanding the reach of Hip Hop culture. The grueling task of bringing a world of chaos to its fullest potential has been both troublesome and rewarding. Troublesome because it is the body of Hip Hop that does not let itself grow.

That’s largely because Hip Hop was not united.  How could it be when Hip Hop has connected to the world by its sounds and lyrics?  How do we find out what the body of Hip Hop is thinking when it comes to politics, education, police brutality and social welfare?

We usually hear particular perspectives from artists who garner attention because they have sold millions of records but still have warped perspectives. The same can be said of self-appointed leaders who use the platform to increase their reach and, in the end, slow down the advancement of the community. Their goal is to sidetrack what they perceive as competition, many of their ideas and perspectives are stolen from the citizens who tirelessly work to make change.

You never know what someone has sacrificed for the love of Hip Hop. It’s a love so deep you can’t shake it, it can break your heart, it can fulfill your dreams and sadly in the cases of Shakir Stewart of Def Jam and Violator Management founder Chris Lighty, it can be the stress and death of you. Hip Hop has been a way out for young Black and Brown folks for more than four decades. It is the manifestation of desires and determination to succeed at the highest levels by any means necessary. It entails constantly lobbying for positions and begging to be heard by the outlets that refuse to publish your work or music after you have spent so much time creating it. .

The time has come for us to organize and invest in the success of our people, stimulate economic growth and force love among one another.  On September 19, 2009 the Hip Hop Union was born to fill that need. A group of 22 individuals from different organizations and affiliations across the country sat down at Long Island University in Brooklyn, N.Y. for a meeting that would change the world in the name of Hip Hop yet again. One of the many goals proposed on that day was to work for Hip Hop to be recognized and invited to sit among world leaders.

Understanding the dynamics of the Hip Hop industry, we invested five years in researching and  cultivating the services members of the Hip Hop Union will soon be able to enjoy. We wanted to make sure that we were representing the people and not only ourselves.  We knew that our selfless efforts would be scrutinized by everybody who considers themselves an authority when it comes to Hip Hop.  It is natural for people to shun the work and stop forward progression of fellow constituents; we should not have to manipulate each other to succeed.

We should have the confidence and intelligence to love one another and support our respective dreams. Why is my dream more important than yours, when we work together things happen faster?  I am proud to announce that the Hip Hop Union kicked off its year-long celebration of the 5th anniversary of our public outreach in Seoul, South Korea. We discussed how Hip Hop is the only art form that has transcended every race, religion and cultural barrier across the globe.

On this 5th anniversary, I make a toast to all the artists, entrepreneurs, educators, executives, interns, activists and enthusiast who have participated in the formation of the Hip Hop Union.  There is only one way to describe you, the way Steve Jobs described his Apple employees:

‘Here’s to the crazy ones the misfits, the rebels, the troublemakers, the round pegs in the square holes, the ones who see things differently they’re not fond of rules , they have no respect for the status quo, you can quote them, you can disagree with them, glorify or vilify them. Almost the only thing you can’t do is ignore them, because they change things they push the human race forward, while some may see them as the crazy ones, we see genius, because the people who were crazy enough to think they can change the world are the ones who do.”

Jineea Butler, founder of the Social Services of Hip Hop and the Hip Hop Union, can be reached at [email protected] or Tweet her at @flygirlladyjay.