Protest Not Talk is What Makes Change Happen 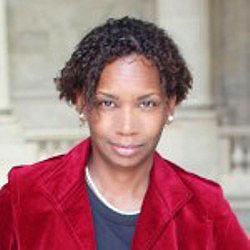 Have you ever seen a photo of Dr. Martin Luther King, Jr. taking part of a panel discussion? It’s likely he didn’t have time if he were asked. It’s also likely that in the 1950s and 1960s, he wasn’t asked much.  The period King conquered was a time of action.  The actions Dr. King took got results and won huge victories.

There is no escaping the endless hot air. There is a panel at every turn.  At every annual convention. At every luncheon. Even sometimes at breakfast. Even worse, many African American events feature the same panel discussion. It is a repeat of the same problems and virtually the identical discussion the year before.

Wait, it gets worse. It’s typically the case that the discussion features no “call to action” or clear, detailed set of ideas that might lead to action. That these discussions often feature some of the best and the brightest “public intellectuals” of the era may not be something to celebrate.  If the smartest among us spend more time talking than acting, that can’t be a good thing.

With the understanding that the centerpiece of the American Civil Rights Movement was based around action rather than panel discussions, we should view endless talk as a problem and perhaps even a barrier. No panel discussion ever ended police brutality. No panel discussion you will ever see or ever hear will end income inequality or put a young person through college.  Clearly, the exchange of ideas is important.  But when all discussed begins and ends with “the exchange” only, it may be time to re-think what creates real change.

In history, when we’ve seen change, we’ve often seen it after unrest. Unrest that scared those in power. We’ve often seen change after civil disobedience.  Perhaps African Americans saw the biggest change after America’s War Between the States.  Currently, the centerpiece of “civil rights” activity appears to be talking.

What we just witnessed in Ferguson, Mo. provides a perfect example. Before so-called “Black leaders” arrived to tell everyone to relax – a notion so ridiculous it should have perhaps set off more unrest – protesters were receiving worldwide attention.  If an event such as the shooting death in the middle of the street of an unarmed teenager doesn’t cause active protest, what will?

Michael Brown’s death occurred only a month after New York City Police Officer Daniel Pantaleo choked Eric Garner, 48, to death on the sidewalk for all to review on video. And what was it that Brown and Garner were doing to elicit a police confrontation? One was jaywalking and the other was selling cigarettes.

The activities of five decades ago yielded big results – Civil Rights Act of 1964 and the Voting Rights Act of 1965, among others. But few of those big results and political victories are being duplicated today. And the problems, for the African American community in particular, are getting larger.

Four days after Rosa Parks refused to give up her seat on December 1, 1955, Blacks boycotted buses in Montgomery, Ala.  The protest lasted 381 days. Every day was a day of action.  Every day was strategy session. The effort required 13 months of patience and perseverance.  The result: The U.S. Supreme Court ordered the city of Montgomery to integrate the bus system.

The Civil Rights Act became the most important legislation and policy change for African Americans since Reconstruction.  The poll tax was finally ended in 11 southern states.  None of this happened because of panel discussions and press conferences.  Without applying constant pressure none of it would have ever happened.  Without active pressure on power today, we will be left with nothing but talk.

Lauren Victoria Burke is freelance writer and creator of the blog Crewof42.com, which covers African American members of Congress. She Burke appears regularly on “NewsOneNow with Roland Martin” and on WHUR FM, 900 AM WURD. She worked previously at USA Today and ABC News. She can be reached through her website, laurenvictoriaburke.com, or Twitter at Crewof42 or by e-mail at [email protected]