Why Scotland's Voters are Evenly Split on Independence Referendum 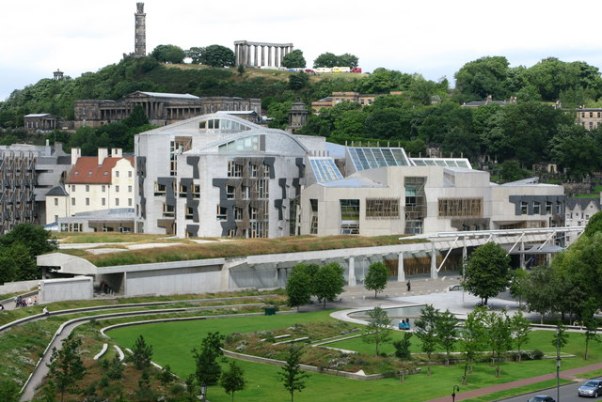 PHOTO: The Scottish Parliament, based in Edinburgh was designed by Spanish architect Enric Miralles.

This week, Scottish voters go to the polls to decide whether to scrap its 300-year union with the rest of the United Kingdom. Feelings are strong on both sides, and with almost 100 percent of the electorate signed up to vote, polls show voters split right down the middle.

As a Scot living in Portland, Oregon, I don’t have a vote, but many of my family members are voting. And even within my family, opinions differ sharply.

My mother and father, for example, who have already have voted by mail, cast one “Yes,” for Independence, and one “No”, for staying with the UK. That’s no surprise to anyone who knows them. My mother has always been a staunch Scottish nationalist. My father has always supported keeping the union. And yes they are still speaking.

That’s not true of everyone. The two-year campaign has been contentious. I hope it won't create rifts for years to come. So what’s at stake and why does it matter to anyone outside this nation the size of Maine, home to 5.3 million people?

In fact, Scotland’s politics have consistently run far to the left of England’s. When Iron Lady Margaret Thatcher’s Conservative government came to power in 1979, for example, it had almost no support in Scotland. Yet that government held power for 11 years.  In the current London parliament, the Conservative party under UK leader David Cameron is the largest party, but not a single Conservative member of parliament was elected in Scotland.

So if the Yes campaign wins it will have a strong impact on the rest of the United Kingdom. England, Northern Ireland and Wales may never elect another Labour government without Scottish voters to tip the political balance to the left.

That mismatch between English and Scottish voters has stoked the nationalist cause.  But there is more, much more. And it’s rooted in history. Scotland and England united in 1707, but only because Scottish King James VI inherited the throne of England from Elizabeth 1.

James moved the entire court south to London. Some Scots feel that was his biggest mistake.

PHOTO: The Scottish flag known as the Saltire represents St. Andrew. If Scotland votes for full independence the UK flag may have to lose its white on blue cross.

The union came after centuries of intrigue, border clashes and open warfare. And even after the union, the fighting continued, with rebellions in 1715 and 1745. Finally, at the Battle of Culloden in 1746 the Scottish rebels were crushed. Then an English Duke known as “The Butcher,” ordered a brutal crackdown.  Everything Scottish was banned – from the Gaelic language to tartan and the kilt. London-based landowners put sheep to graze on the highland hills and evicted the people. Many of them emigrated to the Americas.

A sore point for Scots is that wealth in the UK is now concentrated in London and Southeast England. According to the 2014 Wealth Report, London is home to more of the world’s wealthiest multimillionaires than New York. Scottish nationalists feel Scotland should have benefited more from its oil fields.

And the entire nation grits its teeth when London-based media say England when they mean the UK.

So what about the Nos?  Why would Scots not want independence? It’s complicated. England may be the “auld enemy” but English people are also our neighbors, business partners, family members and our closest friends. Many Scots went to school in England, and around a million live there, including my own brother and his— English— family.

Yes, there are cultural differences, but the nations also share a lot of tradition, culture and history. For two centuries their soldiers have fought side-by-side. As much as Scots might resent English cultural dominance at times, many also feel British. We all grew up watching the same television shows, and listening to the same music.

Anyone 16 and older from the UK, Europe or the Commonwealth who lives in Scotland, can register and vote in this election. Nobody who lives outside of Scotland can vote. That means a fair number of people will be voting who are not Scottish by heritage and have little attachment to its history and culture. 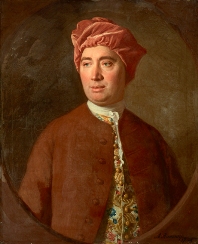 PHOTO: Philosopher David Hume (1711-1776) was a key thinker and writer in the Scottish Enlightement and an influence on Immanuel Kant, William James and economist Adam Smith. He also liked his hats.

The Romans spread all across Europe, but when they came to Scotland they decided conquering was overrated. They built a huge a wall across the country to repel the Scottish barbarians. Over centuries the wall crumbled. Since then there has never been a border between the countries. Most Scots don’t want one.

Scots have had plenty of advice during this campaign. Some of it has come in the form of threats. If they vote for independence: they will have to kiss the pound goodbye; reapply for NATO and European Union membership; pay more for goods and services; lose the Royal Bank of Scotland to London; and see their economy tank.

It wouldn’t surprise me if those threats had a reverse effect. In the Scots language there is the little word, 'thrawn'. It describes a person who, the more you push them; the harder they dig in their heels. What may have impact are the polls that show English, Welsh and Northern Irish people want Scotland to stay inside the UK.

UK Prime Minister David Cameron pleaded this week for voters to keep the UK family together. He also said a Yes vote would trigger a very messy divorce.

But nationalists say that a No vote will mean missing a once-and-for-all chance to establish Scotland as an independent nation with its own voice. Scottish First Minister Alex Salmond is just one of many politicians whose entire careers have built up to this vote.

We should know the result of the election by this Friday or Saturday. Till then you’ll find me taking a wee dram of whisky and whistling Scotland the Brave.

More: Read the AP story on the issues that will have to be resolved if voters say Yes to Independence