Can Oregon Be a Leader on Expanding Rights Again? 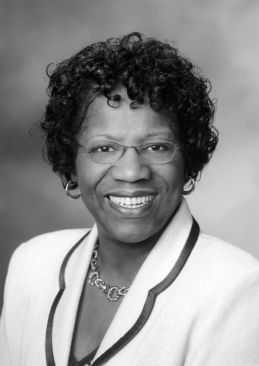 In 2007, while I was a member of the Oregon State Senate, I voted to oppose Senate Bill 630, which would have created a non-partisan primary. At the time I did not believe that the 50 plus one aspect of the bill represented the best interests of my constituents in Senate District 22 or that of all Oregonians. Measure 90 ensures that there is both a primary and a general election.

I have watched partisan gridlock in the country continue to get worse over the past several years, and remembering the 16-day government shut down in October 2013, I came to revisit my views. I’ve heard all of the arguments surrounding measure 90 and am now supporting it. To me the most important reason to support Measure 90 is that a democracy does not lock out over 650,000 Oregonians from our primary elections, many of them young people aged 40 and under, because of a lack of party affiliation or minor party affiliation as our system does today.

Those 650,000 taxpaying voters, could fill Autzen (Oregon Ducks) and Reser (Oregon State Beavers) Stadiums 6.5 times combined, they could fill up the Moda Center (Portland Trailblazers) 32 times, and they are more than the entire population of the City of Portland.

According to Kate Brown’s office, my former senate colleague and current Secretary of State, nearly 32 percent of all Oregon voters are either minor party or non-affiliated voters and of those 49 percent are under the age of 40. And, a few more facts:  As of July, non-affiliated or minor party voters outnumbered Oregon Republicans 663,197 to 650,407, and nationally 46 percent of the Latino electorate are not registering with the major parties. According to a recent poll by Gallup, 42 percent of Americans identify themselves as independent or non-affiliated voters, the highest Gallup has measured since it began surveying this question 25 years ago.

There is an argument that as a former legislator, educator, mother of nine and grandmother of 26 grandchildren that I’d like to refute-this notion that an open primary will hurt minorities and minority representation. The interests of traditionally disenfranchised populations are not generally well represented when there is little opportunity for people from those communities to be elected. That is especially true for young people, women, LGBTQ, and communities of color.

Since the opponents of Measure 90 often point to California as a place where this has not worked, let’s consider their U.S. House, state house and state senate delegations. Before redistricting reforms and adoption of the open primary, California had 57 minority representatives, following the reforms and the 2012 elections California saw a net gain of an additional 11 seats held by minorities in that short period. This includes Hispanic, African-American, and Asian-American legislators. I hope to be able to say something similar in Oregon one day.

Measure 90 is not a silver bullet that will solve all of the problems in politics, such as campaign finance reform, voter turnout, or gerrymandering. That’s not its job. What Measure 90 does do is provide over 650,000 disenfranchised, taxpaying voters an opportunity to participate in the elections that currently count the most in our state, where nearly 90 percent of our legislative primaries decide our general elections.

It gives voters real choices at the ballot box by listing not just the candidate’s affiliation but also the parties that have endorsed them and the endorsements that they have actually accepted. This is important information for voters that will be listed right on the ballot.

Let’s vote yes for real choices and re-establish Oregon as a progressive leader on voting rights!