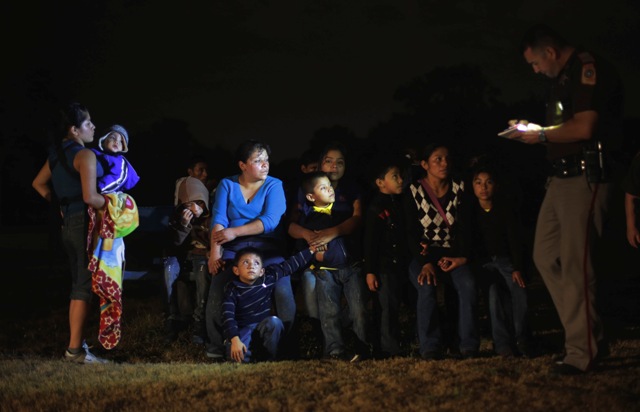 I have been increasingly concerned by the near hysteria in connection with the Central American immigrant children who have attempted to enter the USA, fleeing from poverty, crime and violence. The political Right in the USA is trying to make this the defining moment in their attacks on the Obama administration, playing to the worst and most xenophobic sides of the U.S. public. The Obama administration, true to form, has done a very poor job in responding to this insanity. They have particularly avoided saying something that could change the entire tenor of the debate. It goes something like this.
The immigration from Mexico and Central America cannot be understood outside of understanding U.S. foreign policy and, specifically, the relationship of the U.S. towards Mexico and Central America. Continuously, since the 19th century, the USA has interfered in the internal affairs of Latin America and the Caribbean. This has included direct invasions, e.g., the Dominican Republic in 1965; coups, e.g., the 1954 ouster of the Guatemalan President Arbenz; the promotion of insurgencies, e.g., the Contra war against the Sandinista government of Nicaragua; blockades, e.g., Cuba, Haiti (in the 1800s); and colonialism, e.g., Puerto Rico. As a result the entire region has been destabilized for more than a century. Added to that is that there exists a proliferation of U.S.-produced weaponry that has shifted, over time, from political battles to battles among and between various crime families.
To all of this, of course, one must add the economic domination of the region by the U.S. This, most notably, includes NAFTA which destroyed Mexican agriculture and resulted in a mass migration of Mexicans to the USA.
In order to address immigration, we must come to terms with the role of the United States in Latin American and the Caribbean. We cannot continue to act as if there is no correlation. We cannot continue to act as if the USA can avoid responsibility for the depth of the crises in these regions and simply say no to migration.
Yet, this is what most of the Republican Party and many Democrats seem to want to do. None of this is to suggest that the immigration crisis lends itself to easy solutions. What it is to suggest, however, is that people would rather stay in their own countries as opposed to migrating. That means that the U.S. can and should provide the necessary support to countries that are attempting to stabilize and grow. It should not be promoting or endorsing coups, as it did as recently as 2009 in the case of Honduras, or as it implies in its relationship to the Venezuelan opposition. It needs to be cooperating with the governments of Latin American and the Caribbean on the basis of mutual respect rather than imposing what it sees as solutions, a factor that has contributed to the near civil war situation involving criminal gangs in Mexico.
While the U.S. political elite, and much of our population, would rather forget history and ignore the role of the USA in the crimes against the peoples of Latin America and the Caribbean, if we want solutions, we need to bite the bullet, so to speak, and come to terms with our own role.
There actually is no alternative.
Bill Fletcher, Jr. is a racial justice, labor and global justice writer and activist. He is a Senior Scholar with the Institute for Policy Studies. Follow him on Facebook and at www.billfletcherjr.com.