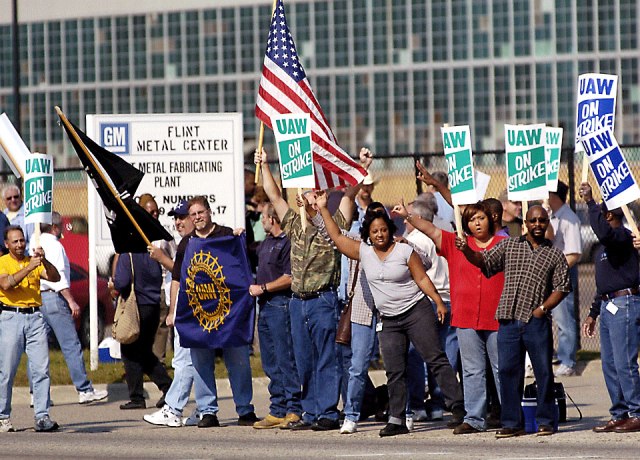 The Supreme Court’s decision in the case of Harris v Quinn essentially means that personal care attendants who are represented by a union do not need to pay a service fee that would cover the cost of representing and advocating on their behalf.  The Supreme Court’s conservative majority justified this decision purportedly on the basis of freedom of speech.

What is clear is that the Supreme Court’s conservative majority has a sniper’s scope trained on workers and unions.  They will soon aim to eliminate the ability of labor unions to collect service fees from non-members to cover representation.  The implications of this are profound but a little context is necessary.

In the public sector, there are many states, counties and municipalities that permit union membership and collective bargaining, but do not require that employees in a given agency join the union. While they may join the union, they are obligated — if there is such an agreement– to pay a service or agency fee. The idea here is that regardless of whether one is a union member or not, the union is obligated by law to represent fairly and fully all workers in what is called a “bargaining unit,” which is a recognized body of workers who share similar interests.

This means that whether a given worker likes the union or not, if they have any challenges, the union must represent them.  As you can imagine, representation costs money, including legal fees, cost of staff, administrative costs, etc.  Additionally, the union lobbies on behalf of those workers around salaries, benefits and working conditions.  Thus, in the absence of a fee, a worker can benefit from all that the union brought about but pay nothing.  This is why agency or service fees are permitted.

The Supreme Court’s conservative majority is trying to say that this is a violation of free speech. Thus, using the Supreme Court’s logic, a person working in a given situation who gains the benefits of a labor union and can be guaranteed representation, should not have to pay anything. This is frequently called “right to work,” but a more accurate description is freeloading.

Think about it for a moment. Is there any other institution in the U.S. that permits this?  If you do not agree with the policies of a government, can you choose not to pay taxes yet gain the benefits of public education, water, police and fire?  Of course, not.  So, why should it be different in a collective bargaining context?

The answer is simple. The Supreme Court’s conservative majority, along with other forces on the political Right, simply wish to gut labor unions.  It is really that simple and that deadly.  And, unless they are stopped, they will succeed in doing just that.

I was wearing a T-shirt the other day from the Coalition of Black Trade Unionists.  A guy sitting next to me on a plane said to me:  ”Yes, we really need unions.  At a time when there is such a polarization of wealth, we really need unions to fight for us.”  I smiled.  It is not rocket science. Which is precisely why the forces of wealth and greed are so determined to bring about an extinction moment for unions.

Bill Fletcher, Jr. is a racial justice, labor and global justice writer and activist.  He is the author of “They’re Bankrupting Us” – And Twenty Other Myths about Unions.  Follow him on Facebook and at www.billfletcherjr.com.