Black Voters Keep their Eyes on Prize in Mississippi 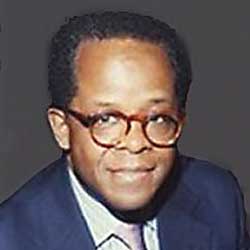 Last week, African-American voters in Mississippi proved Blacks will vote for a Republican candidate – when doing so meets the time-honored tradition all American voters have always followed: they judge it to be in their self-interest.

On June 24, Thad Cochran, the courtly, six-term senior Senator from Mississippi, eked out a narrow 51-to-49 percent victory in a special Republican primary runoff contest over a Tea Party favorite by doing something rarely seen in Republican primary contests in the last half century: actually appealing to Black voters. Cochran’s turning back two-term state senator Chris McDaniel, in effect, assures his return to Washington come November.

And the post-election parsing of the vote makes it clear he’ll owe his continued presence there to the state’s Black electorate. McDaniel, who has a nasty history of extremist comments and racially-coded appeals to bigotry, and last year delivered the keynote speech to a meeting of a state chapter of The Sons of Confederate Veterans, actually got 1,400 more votes than Cochran in the June 3 GOP primary. But he didn’t surpass the state-mandated 50-percent vote-total threshold to win it outright. Thus, the special runoff.

But two things then happened in Mississippi that derailed those expectations. The first is that Cochran, who’s assiduously kept the pipeline of federal largesse flowing to Mississippi during his 36 years in Congress, and the state and national GOP establishment, locked in an increasingly furious battle with the Tea Party, decided to fight back by appealing to the only group of voters in the state whose participation in the runoff could shift the balance of power: Black Democratic voters.

The second thing that happened was that Black voters decided they needed to support Cochran to protect their interests, and the interests of Mississippi, perennially among the states in the union most in need of federal aid. (McDaniel had said during the primary he wouldn’t pursue federal aid for many state programs.) Mississippi’s open primary system allowed any registered voter who had not voted earlier in the month in the Democratic primary to vote in the special Cochran-McDaniel runoff.

The result was that, while the runoff  contest as a whole drew about 17 percent more voters to the polls than had showed up for June 3 primary, the percentage increase in Black voters far outstripped the increase in White ones. That meant that, while McDaniel increased his overall vote total by about 30,000 votes, Cochran increased his by nearly 38,000 votes. The 10 Mississippi counties where Cochran improved his vote totals the most were those where Blacks comprised at least 69 percent of the population. On the other hand, less than 1 percent of the increased votes McDaniel drew came from Black voters.

Are you surprised that, aside from Cochran’s rather cloaked references himself, there’ve been no expressions of gratitude from the GOP – well, at least the establishment wing of the GOP? No praise of Black voters responding to their civic duty? No pledges to really show Black voters in other states it’s in their interest, too, to vote for Republican candidates? No mention of the once vaunted “outreach” effort the Republican National Committee promised to mount in the wake of its national ticket’s decisive defeat in 2012?

Of course, you aren’t. For one of the many ironies of Black Mississippians’ rescue of the veteran conservative Cochran is that it undermines the longstanding, three-card-monte GOP rhetoric that Blacks unthinkingly vote Democratic against their own best interests. Here, Black Mississippians, perhaps the most reliably Democratic voters anywhere in the country, chose to vote for a Republican conservative who has delivered resources that benefit their districts, their interests and those of the state as a whole, and has a sense of decency. They understood what was at stake and chose pragmatism over party.

This is what Black Southern voters, and Black voters as a whole, have always done, especially in the half century since, at the cost of many lives and much anguish in Mississippi and other regions of the South, Blacks regained that fundamental marker of American citizenship: the right to vote. They’ve always adhered to the command of the old civil rights anthem:  “Keep your eyes on the prize, fight on!”