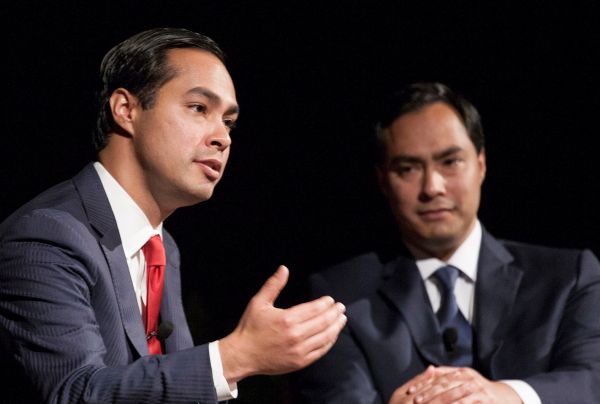 A Texas mayor could soon move from City Hall to the nation’s capital. On May 23, San Antonio native and Mayor Julian Castro was nominated by President Obama to become the next Secretary of Housing and Urban Development (HUD).

Commenting on his selection for the 16th HUD Secretary, President Obama said, “As mayor, Julian has been focused on revitalizing one of our most wonderful cities – planning thousands of housing units downtown, attracting hundreds of millions of dollars of investment. He’s built relationships with mayors all across the country. He’s become a leader in housing and economic development.”

Mike Calhoun, president of the Center for Responsible Lending concurred, saying “The mayor has a long record of focusing on affordable housing opportunities as the leader of the seventh largest metropolitan region in the country – and his emphasis on urban revitalization, workforce development, and job growth has led to an increase in housing units in downtown San Antonio, a growth of jobs in the city, and national recognition as a vibrant and growing city.”

By approving a series of incentives to encourage inner city investment, Mayor Castro initiated an effort known as the “Decade of Downtown” that has spurred plans for the construction of more than 2,400 housing units in the center city by the end of 2014.

If confirmed, Mayor Castro would bring to his new post valuable relationships with mayors and first-hand insights on current housing challenges. Today, nearly one in 10 Americans – 28.7 million – live in one of the nation’s hardest hit cities from the housing crisis, according to “Underwater America,” a recent report from the Haas Institute for Diversity and Inclusion.

Another report released in April 2014 by CoreLogic, a global provider of property information and analysis, found that approximately 694,000 homes across the country were in some stage of foreclosure. Further, according to CoreLogic, although the rate of seriously delinquent mortgages is at its lowest rate since September 2008, 18 states and the District of Columbia had rates higher than that of the national average of 4.5 percent.

As a third-term mayor, Julian Castro knows how uneven the nation’s housing recovery has been. And he also knows that millions of Americans still wait for their own American Dream.

Responding to the president’s appointment announcement, he said, “My brother, Joaquin, and I grew up on the West Side of San Antonio, taking public transportation and living in rental homes as we grew up.

“And it was there that both of us got a sense of what is possible in America, and an understanding that just because you were of modest means does not mean that your aspirations or your opportunity ought to be limited.  And it certainly means that you can have the talent to succeed and achieve the American Dream.”

Earning his undergraduate degree from Stanford University with honors and distinction in 1996, he earned a juris doctorate from Harvard Law School in 2000. The following year and at the age of 26, Castro became the youngest- elected city councilman in San Antonio history.

The Housing and Urban Development Act of 1965 created HUD as a cabinet-level agency.If Mayor Castro becomes the next HUD Secretary, he would become the third Hispanic to occupy the post in nearly 50 years. In 1993, Henry G. Cisneros, another former San Antonio mayor, was named HUD Secretary by President Bill Clinton.  And in January 2001, Mel Martinez, nominated by President George W. Bush, was unanimously confirmed.

Charlene Crowell is a communications manager with the Center for Responsible Lending. She can be reached at [email protected]