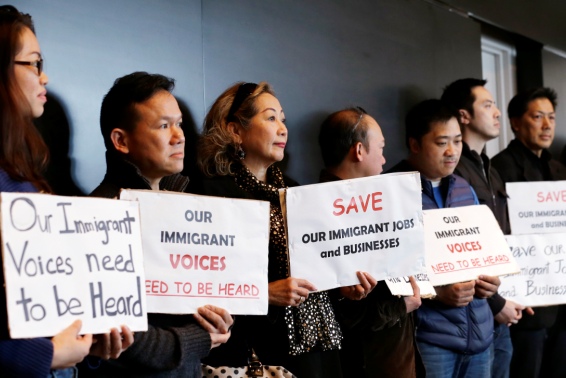 Although Seattle’s proposed $15/hr minimum wage increase has been publicly debated since last fall, we local ethnic and immigrant small business owners have just begun to realize the negative impact the wage hike will have on our businesses and on our employees. For months, we tried to ignore it. In the meantime, groups like $15Now and the labor unions spoke on behalf of our traditionally quiet and underrepresented communities.

These groups argue Seattle’s proposed 61 percent minimum wage increase will bring large scale economic benefits to over 100,000 low wage workers, many of whom are women and minorities. On the surface, the wage increase will put more money into our pockets.

But the proposed hike also will have many unintended consequences for our small businesses.

First, we would need to reduce our work force and hire only highly skilled employees. Over 10 percent of low-wage workers in Seattle “do not speak English well." Right now, we hire many recent immigrants who would not likely be able to find other work in such a competitive market. At $15/hr, we would have to reduce our staff and only hire skilled, experienced workers who speak English fluently.

Second, we would upgrade our technology and use machines to do some work formerly done by hand. For example, the people you see packing produce at Lam’s Seafood in Little Saigon would be replaced by automation.

Third, we would halt plans to expand our businesses in Seattle. Ethnic communities have been moving outside Seattle for years because of the city’s rising prices. This proposal would accelerate the migration of minorities from Seattle to the surrounding areas, a trend shown in the 2010 Census.

Fourth, we would have to raise prices on an already price sensitive community. Tam Nguyen of Tamarind Tree estimated he would pay $45,500 each month in additional wages and taxes. “Even with a 30 percent price increase, how can I afford that?” said Nguyen. Washington Restaurant Association’s survey of 400 restaurant owners showed the wage hike would mean 82 percent of restaurants would raise prices, 69 percent would lay off some staff, and 45 percent would close business/declare bankruptcy/close a location.

Ethnic restaurant owners and shop keepers like at Tamarind Tree and Lam’s Seafood will be disproportionately impacted. The University of Washington research commissioned by the city’s Income Inequality Advisory Committee reported most jobs that pay less than $15/hr are in the Accommodation and Food Industry (63 percent) and in Retail Trade (48 percent). According to the US Census’ 2007 Survey of Business Owners, Asians and Asian Americans own 24 percent share of the Accommodation and Food Industry market in Seattle and 19 percent of Retail Trade. This is relatively high, considering Asians comprise less than 14 percent of the city’s population.

Since wage compression will likely result, it is still unclear to what degree the income gap between minorities and whites will close. Moreover, the extra income will not necessarily stay in Seattle to stimulate its economy—40 percent of low wage workers in Seattle live outside the city.

With all these reasons, why did we ethnic small business owners wait until now to rally against this proposed wage hike?

Because we were afraid to talk openly with each other and with our employees—it’s not in our culture to make waves. We feared we would be accused of not wanting to improve the lives of our workers. We feared being bullied and boycotted.

Our fear clouded our ability to use the greatest weapon this country can give us: our voice.

Now, we’ve come together to say No to the proposed $15/hr minimum wage that would become effective next January. We need to determine a sustainable approach to economic growth that will be a win-win for both employees and employers and that will respect the diversity of our city.

on behalf of Ethnic Community Alliance