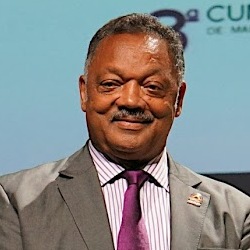 “It cannot be said that the employed scholarship players are ‘primarily students.’” With that statement, a regional director of the National Labor Relations Board last week accepted a petition by Northwestern football players that they were employees under the NLRB and could organize and form a union.

His reasoning was simple and compelling. The players faced all the demands of a job – in the hours the players worked, 40-50 hours a week during the football season, the control the coaches exerted, and the athletic scholarships that are a form of pay.  The players said they wanted a union largely to negotiate about health care and practice hours.

Many who love college sports can’t bear to think of it as polluted by money.  But here’s the reality:  it already is.  Big-time college athletics – particularly Division I football and basketball – is a profitable, professionalized industry.  The TV rights for the new college football playoffs total $7.3 billion – with a “b” – over 10 years.  The TV rights for March Madness, the basketball playoffs, total $10.8 billion over 14 years.  College football and basketball alone generates an estimated $6 billion a year, more than the National Basketball Association.  The University of Texas football team generated nearly $70 million in profit in 2011.

Everyone is making money, except the players whose play generates the revenue.  Famed coaches in public universities are often the highest paid employees in the state.  Urban Meyer of Ohio State will be paid $24 million over six years.  The 15 highest football coaches in 2011 made $53.4 million.  The 13,877 Division I players got zero dollars in pay.

They do receive scholarships that by the NCAA’s own figures average about $3,000 short of the cost of attending college.  The NCAA is making millions peddling the images and jerseys of players, even after they graduate, yet the athletes don’t get a dime.  Many come from poor families, and can’t even afford a trip home on spring break.  And if they accept help from a fan, they can lose their eligibility and their scholarship.  As sportswriter Dave Zirin concludes, “the population that is most desperate for an escape out of poverty is the population that has gotten the rawest possible deal from the NCAA.”

This has, as Taylor Branch has written, more than “the whiff of the plantation.”  On the cotton plantation, everyone got paid – the land owner, the overseer, the wholesaler, everyone except the slaves who actually picked the cotton.  They were chattel, had no rights that a White owner was legally bound to respect.  They benefitted, it was claimed, from the paternal care of the plantation owner, providing them with room and sustenance.

Similarly, everyone gets paid in big-time college athletics except the players who actually risk their bodies to provide the show. The NCAA dubs them “student-athletes,” using the claim of “amateurism” to deprive them of any remuneration.  But bigtime college sports aren’t like the amateur sports of a Division III school.  The demands on the players aren’t voluntary; they are mandatory and consuming.  The injuries they risk aren’t minor; they can be career or even life threatening.

But however regrettable, that is what has developed.  And that reality renders the claim of “amateurism” an utterly cynical smokescreen.  The argument that athletes should not share in the money that they are producing because it will remove them from their role as students is simply preposterous from programs that are require commitment of 50 hours a week to the sport.

Led by Ed O’Bannon, former athletes, including Oscar Robinson, have sued the NCAA for profiting from the use of their likenesses without permission or contract. The courage of the young men from Northwestern will encourage others to act.  These young men produce an entertainment that literally hundreds of millions across the world pay to watch and cheer.  They generate literally billions in revenue.  It is simply inconceivable in a free market economy that they should be treated as chattel with no rights of contract. From picking cotton balls to now passing footballs and basketballs, it is still all sweat and no equity, all work and no reward.  Workers should be paid for the profits they help to generate.  That is as true for the stars of stage and screen, for the skilled workers in steel plants as for the gifted athletes in college athletics.

Jesse L. Jackson is founder and president of the RainbowPUSH Coalition.