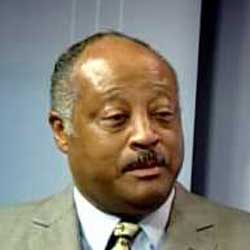 Last week, the Obama Administration declared war on 1 million underserved students pursuing higher education throughout the United States. While the president and first lady launched their campaign to make it easier for low-income minority students to access college, the Department of Education has launched an unprecedented assault on this same community through a new proposal that will cut thousands of college programs that disproportionately serve poor communities, single working mothers, veterans and other at-risk populations. At a time when American employers desperately need an educated, skilled workforce to sustain economic recovery, a confused and conflicted White House is hurting the underserved communities it claims to support.

On March 14, the Department of Education published its new proposed “Gainful Employment” rule.  The rule is a rehashed patchwork of regulations concocted several years ago in an attempt to prevent abuse of the federal financial aid system. Rejected through legislative process and shot down in federal court only a few years ago, the administration has nonetheless resurrected the policy and repackaged it in an 841-page proposal that will decimate college programs and career-focused vocational training currently serving one million students.

The proposed regulation, which applies primarily to proprietary (for-profit) colleges and universities, would make academic programs ineligible for federal Title IV financial aid if they fail to meet arbitrary formulas primarily related to student debt and earnings a few years out after graduation.  Put more simply, students who don’t command high enough starting salaries relative to their student loans will find their programs eliminated without any solution for continuing their educational career.

If the rule is enacted as proposed, thousands of vocational training and educational programs will disappear, creating an $8 billion shortage in the higher education market and many aspiring students left out in the cold. Students pursuing careers in public service, which often pay lower starting salaries, like teachers, social workers, nurses and other allied health careers will be barred from receiving the same federal aid as their peers seeking high paying jobs.  The same is true for those pursuing their passions in culinary training, design, animation and other careers in the arts. This will hurt employers like hospital systems, hotels, restaurants and food service companies who heavily recruit qualified talent from programs threatened by the rule.

Perhaps the biggest problem with the ill-conceived Gainful Employment rule is that it discriminates against programs that are sought primarily by low income minorities and other non-traditional students.  From poor working families, to single mothers to veterans and other special needs communities, there are millions of Americans who don’t fit the mold or plainly weren’t accepted for a typical college experience.

In order to gain the skills, training and credentials needed to secure and maintain a job, many of these individuals enroll in proprietary vocational programs.  President Obama’s Gainful Employment rule penalizes these programs almost exclusively while applying completely different standards for private non-profit schools with the exact same curriculum. At the same time, the schools who serve more affluent populations of traditional suburban teenagers are protected from the president’s biased standards.

Not only is the Department of Education proposing an unprecedented program that discriminates against certain types of schools, the Obama administration has not produced any plan to compensate for the loss of 6 million students who will be displaced and dejected before the decade is over.  No regulation of this type and this complexity has ever been enacted in higher education. The collateral damage of this proposed rule is great and the risk to these communities and to our fragile economy is very real.

Another reality is the plight of ex-felons.  Finding full time employment is a very difficult thing to accomplish when you have a record. The only professional license an ex-offender can earn is that of a barber or beauty license.  With this a person can find work or even become an entrepreneur by way of owning his/her own establishment.  It can be a lifetime of progress.  But no, this rule will end any chance of that happening anymore.

As the United States continues its slow economic recovery, it’s critical that the public and private sectors collaborate closely to provide all individuals with the resources they need to get the education and training required to participate in our modern workforce.  As we have seen time and again, aggressive, ambitious policies designed to improve social programs for the underserved should be applied fairly and pursued carefully after thorough due diligence.

The Obama administration’s current rule will immediately and unfairly targets 1 million underserved, at-risk college students throughout the nation, and ultimately discriminates against the communities it proposes to serve.  This will hurt employers, vulnerable students and our economy.  If the president truly seeks to protect and expand low income access to college while addressing the issue of student debt, he needs to start by rethinking his misguided Gainful Employment crusade.