African American Doctors on the ‘Front Lines’ of Tobacco Damage 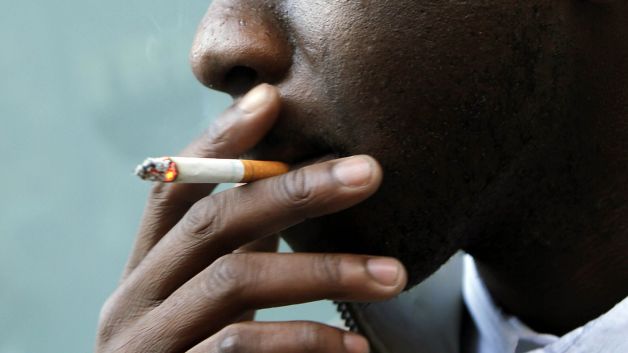 More than 15-years ago, the U.S. Department of Justice filed a lawsuit against the nation’s major cigarette manufacturers for their gross misrepresentation of the hazards of smoking to the general public.  Finally, after years of wrangling and continued resistance, the Justice Department and the Tobacco-Free Kids Action Fund reached an agreement with the four major tobacco companies.

Part of this settlement requires these tobacco companies to spend up to $45 million placing “apology” or “corrective” ads in the media; primarily with television and radio networks and stations, newspapers and magazines.  This is a gesture meant to make amends for the countless millions of lives that have been either lost or harmed beyond repair due to the consumption of tobacco products.  Still, nearly a half million people will die from smoking-related diseases just in this year alone.

According to the most recent report issued by the U.S. Surgeon General, these individuals who smoke expose themselves to more than 7,000 chemicals and compounds; hundreds are toxic and at least 69 are known to cause cancer.  Nearly one-third of all cancer deaths each year are directly linked to smoking.  Smoking causes about 85 percent of all lung cancers in the U.S.

In addition, exposure to tobacco smoke quickly damages blood vessels throughout the body and makes the blood more likely to clot; damage that can cause heart attacks, strokes, and even sudden death.  The chemicals in tobacco smoke can also inflame the delicate lining of the lungs and can lead to chronic obstructive pulmonary disease (COPD), which includes emphysema and chronic bronchitis.

Because of the African American community’s propensity to smoke, all of these diseases and conditions have been common and prevalent in Black households for decades.  And the nation’s Black doctors are the individuals who are on the “front lines” of healthcare, treating these millions of suffering and dying patients annually.

Also for decades, this propensity to consume cigarette products by the African American community was strongly driven by the heavy-handed marketing and advertising practices of the tobacco companies relentlessly targeting our communities; flooding them with radio, newspaper and magazine ads depicting “cool” men and women, puffing on Kools, Winstons, Pall Malls or other dangerous brands.  Yes, the ad agencies and media outlets made money, but thousands of African Americans were, and are, suffering and dying.

We totally support the Black publishers (National Newspaper Publishers Association) and the National Association of Black Owned Broadcasters in their efforts to have their outlets added to the media list designated to run the tobacco industry’s “apology ads.”  As the individuals who have witnessed and treated, first-hand, the victims of smoking’s devastating incursion into our communities, the National Medical Association urges U.S. District Court Judge Gladys Kessler to strongly consider altering the media plan, as proposed in United States v. Phillip Morris, et al, to include African American media outlets so that, in Judge Keller’s own words, the apology message reaches “everyone it needs to reach.”

Michael A. LeNoir, M.D. is the current President of the National Medical Association, assuming the post in June 2013.  LeNoir is one of the top clinical allergists and pediatricians practicing in the San FranciscoBay area.