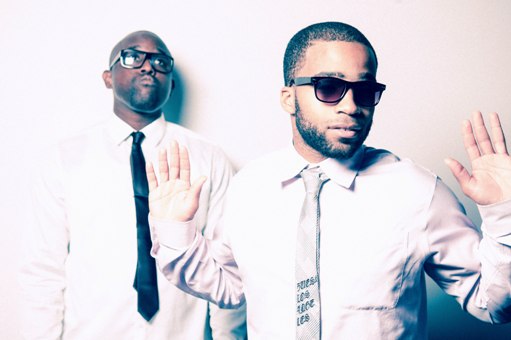 Photo: Hip Hop artists Luck One and Dizz started out in Portland. Scroll down to listen to his album Curse of the Pharoah.

The best way to recognize and celebrate African American History Month is make more history.  I am writing this series on the Civil Rights Movement and Hip-Hop is to encourage a new generation of young, committed and talented freedom fighters to take their rightful place in creating African American history.

There are valid and urgent reasons why we need both a revitalized Civil Rights Movement as well as a vibrant cadre of skillful and productive hip-hop artists who are utilizing their God-given gifts and talents to arouse the consciousness of millions of young people to take action in the interests of freedom, justice, equality and empowerment.

With the systematic right-wing attack on voting rights, growing income inequality, persistent poverty and unemployment and the critical need to rebuild and refortify a sustainable economic development of the African American community, we must advance and support an intergenerational freedom and economic equality struggle that will be effective in meeting the challenges of the next century.  No one should be exempt from being an active supporter and participant in today’s ongoing freedom and empowerment movement.

In the wake of the Trayvon Martin and Jordan Davis murders in Florida, we cannot permit fear and cynicism to overtake our profound sense of self-determination and responsibilities to keep  demanding equal justice. Freedom indeed is a constant struggle.  Not bending over or yielding to oppression is a necessary prerequisite for liberation and freedom.

We all should remember that Dr. Martin Luther King Jr. eloquently explained, “Change does not roll in on the wheels of inevitability, but comes through continuous struggle.  And so we must straighten our backs and work for our freedom.  A man can’t ride you unless your back is bent.”

Likewise the prophetic utterances of Tupac Shakur reminded us of the personal importance of keeping your head up in times of struggle.  Tupac said, “I know it seems hard sometimes but remember one thing.  Through every dark night, there’s a bright day after that.  So no matter how hard it gets, stick your chest out, keep ya head up…. handle it!”

Central to both Hip-Hop and the Civil Rights Movement is the irrepressible notion of perseverance, the steadfast  hope that change will come as a result of consistently standing up to injustice, even when the odds are not in your favor.  When we sang “We Shall Overcome,” it was a song to overcome fear and hopelessness.

Rosa Parks was fearless in her determination to not accept the indignity of racial injustice and inequity. She affirmed, “I have learned over the years that when one’s mind is made up, this diminishes fear; knowing what must be done does away fear.”  Similarly, the genius of Erykah Badu  stated, “This pain to remain the same outweighs the pain to change… When you get tired enough is when you begin to want to sacrifice everything inside of you—the fear just leaves.”

Public Enemy and Run DMC both have been installed into the Rock and Roll Hall of Fame in Cleveland, Ohio. These two Hip-Hop giants were trailblazers of the genre of music that “spit truth to power” by lyrically representing the aspirations of millions of youth not only throughout the United States, but also throughout the world. They understood the strategic importance of not accepting or submitting to injustices of the status quo.  Hip-Hop culture emerged and became the culture of resistance to racial prejudice yet at the same time to push for a new world order and to “flip the script” on global inequity and poverty.

My argument is not that the Civil Rights Movement or Hip-Hop was or is without contradictions.  Rather, it is simply that our long struggle for freedom, justice and equality is at its best when we better understand that all people and all genres of music and culture should strive to make our society and world not a perfect place, but a better place.

We cannot afford to permit a “generation gap” or a “cultural gap” between the elders and youth of our communities.  The energy, vitality and restlessness of our youth need the wisdom of the elders.  But elders should make a nurturing and mentoring way for our youth to assume the leadership of our collective movements for advancement and future progress.

The great Fannie Lou Hammer,  was one of the Civil Rights Movement’s most effective grassroots organizers,  finally said, “I am sick and tired of being sick and tired.” Today, when we witness to the penetrating lyrics, dance and music of Beyonce, it reminds me of Fannie Lou Hammer.  Beyonce extolled, “I worked hard and sacrificed to get what I get.  Ladies it ain’t easy to being independent.”   Fighting for freedom and liberation is not easy, but it is necessary for human progress.

Benjamin F. Chavis Jr. is President of Education Online Services Corporation and the Hip-Hop Summit Action Network and can be reached for lectures or for other consultations at: