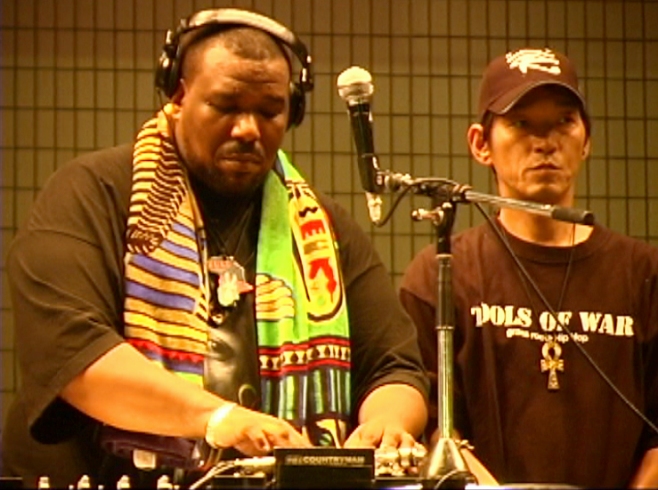 African American History Month is an appropriate time to raise the question of the relationship between the Civil Rights Movement and the evolution of Hip-Hop culture and activism.  Of course, I am very much aware that for some people this may appear to be a strange question to ask given the popular perception that there is a serious generation gap between the young and the elders.  Yet, the issues of consciousness, values, principles, and ethics in context of the ongoing struggle for freedom, justice, equality and empowerment are matters that transcend age, gender, race and social class.

Too often there has been a tendency to engage in intergenerational finger pointing to lay blame for so many negative or self-destructive incidents have occurred in our communities. The truth is no one age group is solely responsible for the lack of progress or for the advancement of the interests of African Americans.

I am blessed because I grew up and participated in the Civil Rights Movement in my native state of North Carolina.  I had the privilege of working as a youth organizer for d Dr. Martin Luther King, Jr. and his Southern Christian Leadership Conference (SCLC) during the 1960s.  In the 1970s, I was able to polish and refine my community organizing skills with Rev. Charles E. Cobb, Sr. and the United Church of Christ Commission for Racial Justice.  In the 1980s, I began a 34-year plus working-relationship and mentorship to Russell Simmons who emerged as the entrepreneur-visionary Godfather of Hip-Hop music and culture.

When you fight for freedom and when you stand up for justice squarely in face of oppression, you do not seek permission from others.  What was required was an impenetrable solid faith in the God of justice and liberation that aroused a ferocious courage that would not erode to a challenge or difficulty.  The genius of Martin Luther King Jr. and the Black American church was the strategic practice and use of prayer, song, sermon and direct social action that “moved” millions of people to take a protracted stand for racial justice and equality. I once heard Rev. C.T. Vivian explain, “Building a movement for social change is about motivating and ‘moving’ people forward on the irreversible path to self-awareness, affirmation, and action to confront injustice and inequality.”

Hip-Hop is a cultural phenomenon that represents the cognitive, expressive and musical creativity of youth who first evolved out of the crucible of poverty in the South Bronx, New York among African Americans and Latino Americans whose poetry, prayers, dance, lyrics, songs, music and art forms all reflected the genius of a generation of new freedom fighters.  Poetry, music, dance, artwork and lyrics that “spit truth in da face of power” became the new order of the day that rapidly spread to every neighborhood across America and eventually throughout the world. Hip-Hop evolved to transcend race, ethnicity, class, gender and every other social category with demands for not only freedom of expression but also for “giving back and taking responsibility.”

The truth is that there is an inextricable connection between the Civil Rights Movement and Hip-Hop.  In fact, I would offer that the Civil Rights generation gave birth to the Hip-Hop generation.  Yes, there are differences in perspectives and what the focus of the generational “conscience” might be focused upon.  Our long struggle for freedom, justice and equality cannot afford to reach a place when one generation, for whatever may be the perceived reason, cannot and will not speak to each other with a sense of dignity, understanding and mutual respect.

This is a subject that requires a deeper analysis and over the next several weeks, I intend to present and reflect on these issues for the sake of clarity and hopefully to promote a better understanding and appreciation by all who want to contribute to helping everyone in our families and communities improve the quality of life.  I am an optimist. We do not have time for hopelessness, pessimism or cynicism.  I thank God for both the Civil Rights Movement and for Hip-Hop.  Now let’s all work together and help make the world a better place for all people.

Benjamin F. Chavis Jr. is President of Education Online Services Corporation and the Hip-Hop Summit Action Network and can be reached for lectures or other consultations at: http://drbenjaminfchavisjr.wix.com/drbfc