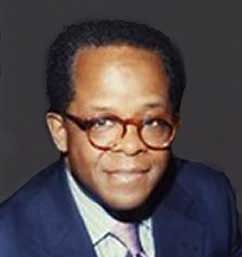 Isn’t it time to think of the Republican Party’s quest for the presidency as haunted?  That’d be a good question to put to Chris Christie, the latest GOP “golden boy” trying to get his feet out of the political clay.

Two months ago, the robust New Jersey governor, having forged a landslide re-election in one of the most solidly Democratic states in the nation, was being widely celebrated in the media as the odds-on favorite, at least for the moment, for the GOP 2016 presidential nomination. Now, however, the media – except for the conservative echo chamber – is busy pulling at the threads of Christie’s entire political career to see what falls out in the unraveling.

The reason for the stark reversal, of course, is “Bridge-gate” – the caper of last September in which, e-mails shows, several of Christie’s closest aides and political appointees engineered for four consecutive days a massive rush-hour traffic jam at the Fort Lee, N.J. entrance to the mammoth George Washington Bridge.

That action, apparently intended as political revenge against one or more Democratic officeholders, now threatens not just Christie’s chances of gaining the 2016 presidential nod but his retaining his governorship as well.

It’s too early to plan Chris Christie’s political obituary, of course. But it’s not too early to consider a stark fact about Republican Party politics of recent years his sudden troubles underscore.

That is that Chris Christie is just the latest of a select group of Republican elected officials who were briefly widely celebrated as possessing presidential star power – before being quickly damaged by a controversy almost completely of their own making.

For example, consider that in 2006 Virginia Senator George F. Allen’s re-election campaign was seen as an easy stepping-stone to the 2008 GOP presidential nomination – until Allen at a campaign rally tried to humiliate a young Indian-American Democratic campaign worker  filming him with a video camera by calling him “macaca.”

In the ensuing controversy Allen could never adequately explain why that strange word wasn’t meant as an ethnic slur, or explain away his long history of privately expressing support for the Confederacy that the media then discovered. His campaign rapidly sank.

And consider the stunning fall of Virginia Gov. Bob McDonnell, who took office four years ago marked as one of the GOP’s brightest national prospects, only to have blatant ethical improprieties soon muddy his “Mr. Clean” image. As he left office this month, many expect a federal corruption indictment to soon follow.

There are several others I’d also include in this group: Texas Gov. Rick Perry, supposedly destined for a prominent role in the 2012 presidential sweepstakes until his laughable performance in a primary debate marked him as not ready for prime time. The Romney-Ryan 2012 ticket itself, which, starting with the Republican National Convention, did its “best” to destroy its seeming advantages over President Obama. And, yes, I’d also include the McCain-Palin ticket of 2008. She was supposed to be the “golden one” in that duo – until she quickly proved herself the most unqualified nominee on any national ticket in the history of the Republic.

The only comparable “golden-boy” phenomenon at the top of the Democratic Party was the tawdry adultery scandal that enveloped former North Carolina Senator John Edwards. But that came to light after Edward’s once-blazing political prospects had already dimmed considerably in the 2008 presidential primary.

Further, this “flawed golden boy” dynamic at the top of the GOP has been mirrored during the last four years among nearly half a dozen Tea Party insurgents who defeated establishment Republican officeholders in primary battles but whose political extremism ultimately cost the GOP seats in the House and Senate.

What this series of a self-inflicted sabotaging of the Party’s prospects suggests, as does other evidence, is that as the GOP has become more and more extreme, it’s lost more and more of the organizational discipline of a traditional American political party. Those – for example, today’s Democratic Party—have always been coalitions of significantly diverse political interest groups that by the very nature of party politics accepted the necessity of compromise.

But a substantial segment of conservative extremists within today’s GOP – the Tea Party faction – rejects the idea of compromise, even with their less ideological GOP confederates. The result, as the respected political scientists Thomas E. Mann and Norman Ornstein have written, is that “the Republican Party … has become an insurgent outlier – ideologically extreme; contemptuous of the inherited social and economic policy regime; scornful of compromise; unpersuaded by conventional understanding of facts, evidence and science; and dismissive of the legitimacy of its political opposition.”

The last two presidential elections have shown that’s not a road leading to the White House. Which strongly suggests that the GOP itself does not have a golden future.