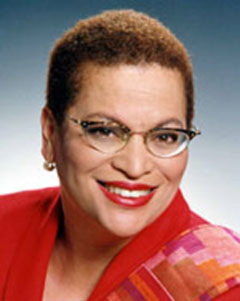 Happy New Year! January first and second are the days when most think of the “new” year, yet with the first Monday in January falling on January 6, that’s probably when most people will return to their desks with focused energy and ready to go. Post-its and scrawled notebook paper will trumpet “new” resolutions. Eat less, relax more, volunteer, tithe, save, all that good stuff. Some will even compose a bucket list of things they’d like to do before the end of their lives. Others will have a list of wants and wishes, both realistic and unrealistic. My wish list focuses on public policy, since better public policy means a better 2014. I WANT JOBS, JOBS, JOBS FOR BLACK PEOPLE. With the last reported official unemployment rate for African Americans at 12.5 percent, and the unofficial rate exceeding 25 percent, I’d really like to see some more jobs in the African American community. Joblessness leads to poverty leads to all kinds of maladies. While the stock market is soaring, is it too much to ask for a little job creation? Don’t Republicans, also, represent unemployed people? Help me, somebody. By the way, I’d like more jobs for everyone, but first things first. And while we’re at it, why not fairer (and more equal) wages. There is talk of raising the minimum wage to $10 or more by 2015, and some states are already moving to wage levels even higher. More than half of those now earning the minimum wage are raising children. If their employers don’t pay enough for them to live on, the government will end up subsidizing their employers’ (and them) with programs such as SNAP (food stamps) and Section 8. Ooops! Those programs are being cut as well. What is a poor person to do in a nation that is both hostile to poor people and also absolutely needs them? I want President Obama to say “Black” or “African American” sometime other than Black History Month. And I’d like him to say it enthusiastically, not reluctantly. His December 4th speech on poverty issues in Washington, D.C. went a long way toward addressing the concerns (education, housing, poverty) of the least and the left out, but his lips won’t be permanently puckered in a putrid position if he managed to give his most loyal constituency a shout out. I guess I’ve been wishing for this for the past five years; I guess I’ll be wishing for the next few. (And don’t tell me that President Obama is president of everyone. He doesn’t cringe when saying Latino, women, or GBLT). I want our Congress to think long-term and provide more dollars for education, and for HBCUs, especially, because need more resources; most colleges that enroll fewer than 1,500 students with small endowments can use help. Many of these institutions are tuition-driven which means that cuts in financial aid, in Pell grants or Parent-Plus loans cut these colleges hard. Cutting education while suggesting the labor force should be more skills based is like eating your seed corn while hearing that food must be saved for less plentiful times. I WANT CONGRESS TO THINK OUTSIDE THE BOX. As soon as another program is mentioned, recalcitrant Republicans and blue dog Democrats start worrying about cost. Here’s a thought – cut everything related to military spending except pensions. Or, how about getting rid of some of the hundreds of millions dollars spent on pork. What would happen if colleges such as Harvard and Yale (really, I’m not hating) got smaller grants or were required to partner with smaller schools when they get research grants, channeling a few dollars to those schools who really need them, and to the students who need ore research opportunities. I want Obamacare to work well. If affordable health care is part of the Obama legacy, then I want it to work, really work. It will take time for the president to live down the computer debacle, and heads should have rolled in response to the faulty rollout of the program. By the end of the first quarter of 2014, Obamacare should be working seamlessly, and people should really be able to see a difference because Obamacare exists. Bottom line – I’d like joy, peace, and economic justice by whatever means necessary. Happy New Year!