2013: A Disappointing Year for African Americans 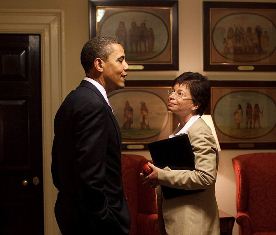 This year began with promise. But, it ended with disappointment for many African-Americans. Tragically, this country is quite used to bad things happening to Black people especially within the justice system.

In January, President Barack Obama began his second term. However, southern White radicals vowed to stop implementation of the Obama-care law leading one to wonder if Tea Party members would oppose affordable healthcare if it came from a nonBlack President.

It was 150 years ago that Abraham Lincoln’s military order, the Emancipation Proclamation, ended slavery in those same rebellious southern States. Then, as the fight for freedom continued race-based criminal laws replaced slave laws.

In February, Christopher Dorner, African-American, began a killing spree he said was triggered by racism. A well-respected Los Angeles police officer and veteran of the Naval Reserves, Dorner’s Manifesto revealed he was fired after reporting excessive force by LAPD.

Dorner claimed the abundance of racism he experienced on his job, and at all-White schools he attended, drove him to kill. Dorner allegedly took his own life when trapped by police. Some called Dorner insane others said a modern-day Nat Turner, referring to the leader of a Virginia slave rebellion in 1831. However, the possibility racism was a core issue in this case was disregarded.

The Zimmerman case highlighted Florida’s Stand Your Ground law which allows fight instead of flight. However, a Florida jury gave Marissa Alexander, African-American, a 20 year sentence for firing a warning shot at her physically abusive husband. However, an appellate court said Alexander must receive a new trial.

Efforts to repeal Stand Your Ground laws around the country and boycott Florida are ongoing. Signs of solidarity with Trayvon Martin were on display at the 50th Anniversary of the March on Washington for Jobs and Freedom.

Hundreds of leaders spoke to thousands who joined in front of the Lincoln Memorial for this anniversary March. Unfortunately, little of substance came from this mass gathering as the Black community followed a predictable path of protest and then silence.

A stunned silence followed the Supreme Court’s decision in favor of Shelby County, Alabama, a known violator of the Voting Rights Act. The Court ruled that a preclearance provision within the Act violated the rights of southern States like Alabama. Within hours, Texas and North Carolina passed stricter voting laws.

This year marked the 50th anniversary of the Gideon v. Wainwright case. In 1963, the Gideon case ruled free attorneys must be provided to indigent defendants in most criminal cases. However, Public Defender programs are underfunded and understaffed.

Defendants languish in jail because they cannot afford bail. Plea bargains have taken the place of jury trials. Too many of these defendants are Black. A criminal record means millions of Americans cannot vote, gain employment, get financial aid, or live in government housing.

New York City’s Stop and Frisk policy led to the humiliating search of millions of African-American men, women, and children. Stop and Frisk is based on a civil rights era case Terry v. Ohio which allows police to pat-down someone if there is reasonable suspicion of imminent danger. However, courts found police engaged in racial profiling.

Like voting rights, the Supreme Court restricted the ability of affirmative action to assist students of color. Cases in Texas and Michigan challenged any use of race in college admissions even when race was only one factor among many.

An honor student Hadiya Pendleton, 15, was killed in Chicago only days after performing in President Obama’s Inaugural Parade. Like so many Black children lost to urban gun violence, her death was seen as different from the young lives taken at suburban Sandy Hook Elementary School in late 2012.

These childhood tragedies are divided by some artificial line between suburban violence, mass killings, and urban gun violence. If families came together, advocacy against gun violence would be stronger.

This year ended with two events of note. The first was the passing of Nelson Mandela – World Leader, President, Political Prisoner, Freedom Fighter, Lawyer.  The second one was a membership drive for the Ku Klux Klan in Maryland.

Both events remind a discouraged Black community that the price of freedom is vigilance.