Has The Fed Acted Too Soon? 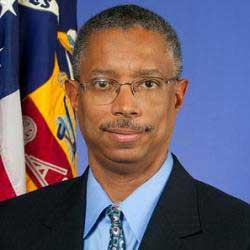 To an optimist, this is a sign from an independent authority that the economy is stabilized and on a sustained path forward. Unemployment rates are falling, job creation over the last few months is averaging more than 200,000 net new jobs a month, the Gross Domestic Product (the value of all goods and services made in America in a year) rose 4.1 percent last quarter, led by investment, and housing starts increased to a five-year high in November. Those are good signs. President Obama could take a bow. Republicans, who have conceded nothing to the president on economic policy, would be left with more whining. But it may be too early to remove the punch bowl.

The Fed believes the good signs in the economy prove its policy is moving the economy forward. It is obviously true that with Congress locking the president into endless debates on shrinking the government and slowing the economy that the Fed is the only economic policymaker trying to expand the economy. Clearly, if the Fed did not take action, things would be worse. But that is different than whether the policy actually is moving the economy. Here the story is more difficult.

The Fed controls interest rates, and so can encourage more investment to take place-the low cost of money makes more investment projects profitable. Private-sector investment is recovering. It has returned, in real amounts, to its pre-recession levels in equipment and intellectual property, but still lags in construction. But, as a percent of the GDP, private investment is a smaller share of GDP than its pre-recession peak of about 19 percent of GDP. Worse, while interest rates are low, public investment is declining. At the federal level, government investment has been falling since 2010, mostly led by defense reductions.

State and local governments are in worse shape on making investments. They have been reducing investments since 2008 and are at levels that are near 13-year lows. At precisely the time investments in our schools, roads, ports, sewer and water systems can be made at record low interest rates, the public sector is de-investing.

This lack of robust investment is critical because a higher share of GDP needs to go to investing in America's future. More investment, public and private, is needed so we have the public and private capital-buildings, machines and roads-to fuel and sustain our growth. With such low interest rates yielding only modest levels of investment, it isn't clear how easily the Fed could stimulate the economy if it slowed again. So, slowing things down has great risks. Clearly, higher interest rates are not going to stimulate more investment.

The real problem is that the “real” economy-the wages of workers, employment and output-are not back to pre-recession levels. Instead of investing to expand America's capacity, too many firms are using low interest rates to borrow money to buy back their company's stock. That borrowing does not increase potential output, but it does make the price of stocks rise and therefore the pay and bonuses of corporate CEOs continues to soar. It is a key reason the 1% continue to see their incomes rise.

A healthy recovery needs to see rising wages for workers. But, with more than 1.2 million fewer jobs than in 2008, and more than 2.8 job seekers per job opening, there is little pressure for wages to rise. The record low share of young people employed has resulted in a smaller share of Americans working. That makes households very fragile, because each worker has to stretch his or her pay further to support others.

Republicans think the solution is easy on that score-simply cut the government out of helping support the incomes of the unemployed or the underemployed, whose wages are so low they need the Supplemental Nutrition Assistance Program (food stamps) to eat. Such stinginess does not reduce the dependence of workers; it just makes the 99 percent piece of the pie shrink.

It may not be too late for Congress and the president to pull their weight and conduct the expansionary policy needed to restore public investment to ensure America's growth. But the economy is frailer with the Fed taking away the punch bowl.