Lemon and O'Reilly Oversimplify the Complicated Reality of Black Poverty 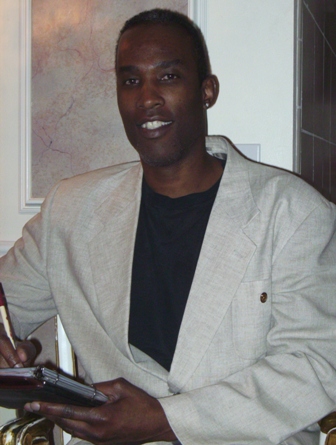 Cable news anchors Don Lemon of CNN and Bill O'Reilly of FOX News are strange bedfellows indeed. Lemon is a liberal, gay, Black man and O'Reilly is a conservative, lightning rod out of step with most Black folks. In spite of this, they agree on some points about the ills of our community. Lemon's recent commentary (July 27, 2013) on CNN raises salient questions about who has a right to speak to us about the issues we face. Lemon has taken a lot of criticism because of his comments; some deservingly and some not. In my assessment, I find Lemon's statements to be gutsy, populist and simplistic.

3.    Stop littering in your community

5.    Stop having babies before you are married or prepared to care for them

He closed with these words:

"Pay close attention to the hip-hop and rap culture that many of you embrace.  A culture that glorifies everything I just mentioned, thug and reprehensible behavior, a culture that is making a lot of people rich, just not you. And it's not going to."

I will not argue with anything he said that I listed. There is no virtue in deflection and we should not preserve or defend some of the cultural mores and icons (rappers) that demean marriage, education and full participation in legitimate employment that increases social mobility. The problem lies in his oversimplifications. Any practitioner worth his salt will tell you the most troubling aspects of our community are: institutional racism of all types, intergenerational poverty, and the decaying family structure. Criminality, misogyny, addiction, abuse, dropout rates, out of wedlock births, and increased suicide rates spring from this soil. Serious problems call for a more serious dialogue.

Two immediate things we should embrace are volunteering to mentor and the emergence of Problem solving courts . Both have demonstrated the positive outcomes scientific, holistic approaches can produce in the lives of offenders – especially in terms of sobriety and rehabilitation. Nowadays people are embracing political rhetoric that either demonizes or idealizes the poor. Sentiment codified in ideology is not an effective tool for governing. The poor need a better community structure that promotes their well-being and proper support from the government.  The two should not be polar opposites; they should be married in the temple of strategy.

Sadly many of us believe that the government is either the enemy or our savior. Some think it's both. This contradictory, ambivalent tendency fuels rage and dependency during times of racial unrest.

The historical vestiges of institutional racism wreaked havoc on us and our primal, collective memories rise with images of the trauma we have endured from the past. Crisis calls for leadership and we need mature, logical and altruistic statesmen in our community. I want village elders that will help shape our troubled youth and adults in terms of what I call the 4 Cs: Character + Competence + Critical Thinking = Credibility. As we all master this equation, we enhance our value to the larger society and emerge as a voice of progress for all people, not just our own. In times like these, it is important to steady our gaze and look to the God that has brought us this far.