Do the Math: What Is a Living Wage? 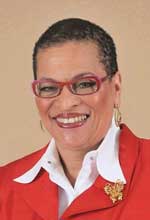 Last week, workers at fast food restaurants demonstrated outside their places of work, highlighting the low wages they receive and demanding more. They say twice as much, or $15 an hour, will provide them with a living wage.  In Washington, D.C., the City Council has sent legislation to Mayor Vincent Gray requiring "big box" stores such as Wal-Mart and Best Buy to pay $12.50, which is more than the D.C. minimum wage of $8.25 an hour.  In response, Wal-Mart says it may not build all of the six stores it had slated for D.C.  Responses depend on whom you talk to, with some of the unemployed saying that an $8.25 job is better than no job, and others saying that $8.25 is not a living wage.

Let's do the math.

Someone who earns $8.25 an hour (which is a dollar more an hour than the federal minimum wage) earns $17,160 per year if they work full time (40 hours) all year (52 weeks).  Although taxes for the low income are low, they are still deducted, especially the Social Security tax (about 7 percent).  Too many minimum workers don't work full-time, full-year.  Many have their hours cut so that companies can avoid paying benefits.  This means full time, full year work is the best-case scenario.  For many, it can be much worse.

The poverty line for one adult and two children is $19,530, which puts the $8.25 worker below the poverty line.  The parent who earns this scant wage struggles to make ends meet, and often cannot.  Too often, this parent has to choose between transportation and shoes for their children, between children's books and food.   A two-parent family has a higher poverty threshold of $23,550, about 20 percent more than the minimum wage worker earns.

Federal and state supplements often make the difference between swimming and sinking.  Many families who live below the poverty line use supplemental nutrition programs (formerly called food stamps) to enhance their food budget.  Congress is in the process of cutting SNAP so low that 5 million of the roughly 47 million people on the program will be cut.  Some receive medical assistance through Medicaid.  Some cities subsidize summer programs or other efforts, offering day care possibilities for those who struggle to afford it.  According to the Economic Policy Institute, the average cost of childcare in the District of Columbia is $1,300 a month, or $13,600 a year.  Poverty line $23,550, childcare costs $13,600 per year.  Go figure.

Some feel these low wages are acceptable, especially some Tea Party members of Congress, yet they earn at least $174,000 per year.  Actually, if fast food workers were as productive as this Congress (which has produced little of nothing so far this year), they wouldn't earn a penny.  Yet those who are well paid and well supported show little empathy for those whose lives and work are daily struggles.

The issue of unemployment must be taken into account when we look at the matter of poverty lines and minimum wages.  With an overall unemployment rate of 7.4 percent and a Black unemployment rate of 12,6 percent as of July, too many households with two adults have only one earner in the household.  Another concern is that the federal poverty line is published as a national rate, yet it's much cheaper to live, for example, in rural Mississippi than it does in New York City.  In many instances, the poverty line does not reflect differences in housing costs, health care costs, or even transportation costs.

The Economic Policy Institute (epi.org) has developed budgets for "adequate" living in certain cities.  (Full disclosure – I sit on the organization's board).  This tool shows the wide variety of realistic and adequate living costs, which range from more than $90,000 in New York City, to around $40,000 in parts of Mississippi.  These are adequate living standards, not extravagant ones, taking into account rent, transportation, and other costs.

Many quibble over the minimum wage, but the more relevant issue is the living wage.  Millions are pushed below the poverty line because too many employers do not take the cost of living into consideration when the set wage levels.  Paying workers less than they are worth drains our economy because these workers will not be spenders or "economic expanders."