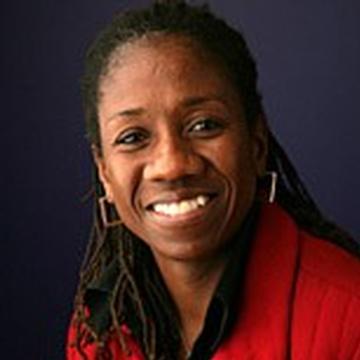 The Voting Rights Act has been described as the "crown jewel" of civil rights legislation.  Its passage was secured with the courage, grit and blood of activists throughout the south, including Fannie Lou Hamer who endured beatings simply for trying to register to vote in Mississippi, Medgar Evers  who was murdered by a White supremacist, students Andrews Goodman, James Cheney and Michael Schwerner, who went missing at the start of Freedom Summer 49 years ago, and Black demonstrators in Selma, Ala., who were beaten on the Edmund Pettus Bridge

It's hard to imagine a piece of legislation with a greater pedigree and for which more people have fought and died than the Voting Rights Act. And yet in a 5-4 decision in  Shelby County, Alabama v. Holder, the Supreme Court struck down a key provision of the act. Under Section 5 of the Voting Rights Act, Congress designated particular jurisdictions in the U.S. that must obtain permission from a federal authority (either the Department of Justice or a federal court) before they enact voting changes that might have the effect of discriminating against minority voters. The jurisdictions are largely located in the south, although several boroughs in New York, parts of Alaska and Arizona are included as well.  The formula used to designate the jurisdictions to be covered is set out in Section 4 of the Voting Rights Act.  The court has declared that Section 4 unconstitutional.  This essentially hollows out the foundation of Section 5.

The court's decision is a shocking usurpation of power from the Congress, which in 2006 held hearings over the course of nine months, heard from almost 100 witnesses and amassed a 15,000-page record.  The result of Congress' searching inquiry was its determination that voting discrimination continued in the jurisdictions identified in Section 4 of the Act. In fact, the record was replete with examples of voting discrimination in those areas.

For example, Congress found that city officials in Calera in Shelby County, Ala. discriminated in 2008 when they reduced the Black population in the sole majority Black council district from 70 percent to 29 percent.  Congress learned that in 2003 once Blacks won a majority of seats on the Charleston, S.C. school board, Charleston County proposed switching from single-member district to at-large voting for the council, and failed to inform any of the Black members of the school board of the proposed change.  In 2001 in Kilmichael, Miss., the all-White town council decided to simply cancel the town's election, once a number of Blacks decided to run, and data showed that the jurisdiction had become majority Black.

In each of these cases, Section 5 prevented the discriminatory plans from reaching fruition. Today, that protection has been removed, by a 5-member majority on the court that substituted its judgment for the record painstakingly amassed by Congress.

This decision is devastating for minority voters in cities, towns, and counties all over this country. In essence, the voting protections of 48 years have been removed with a stroke of the court's pen.

An example of how emboldened southern jurisdictions are likely to become, was provided within hours of the decision. The Attorney General of Texas said on twitter that Texas' then-pending voter ID law, which has been called the most onerous in the nation and is currently in litigation under section 5, will be enforced "immediately."  Officials from other southern jurisdictions followed suit, announcing plans to impose voting practices that would have been outlawed by section 5 of the act before the court's Shelby County decision. Without section 5, we will have to file costly and time-consuming litigation. Local jurisdictions will be able to go forward with discriminatory voting changes while we wait for court rulings.

Now we have to act. The NAACP Legal Defense and Educational Fund has been fighting voting discrimination for more than 50 years, and we won't stop now. Here's what you can do:

1) If you live in the South or in a jurisdiction formerly covered by section 5, tell us about any voting changes happening in your community. The court struck down section 4 of the act and, in effect, removed the power of Section 5, but the rest of the Act still provides protections for minority voters.  The Voting Rights Act is not dead.  But without section 5, you are our eyes and ears. Go to our website at www.naacpldf.org to "Take Action," email us at vote@naacpldf.org, or call the Election Protection hotline shared by national civil rights groups at 1-866-OUR-VOTE.

2) Call your representatives in Congress and tell them that they must fix the Voting Rights Act.  Tell them they must act now to restore protections to minority voters in the south.

3) Join us for the 50th anniversary of the March on Washington on August 24 in Washington, D.C.  We need a massive mobilization to show America that we will not go back on voting rights.  Contact the National Action Network  for more information.

We can win this.  But to win, we will need to be in the courts, in the streets, on the airwaves and in the halls of Congress.  Starting  now!

[A version of this article appeared in The Root, an online publication of the Washington Post]