On Race, Supreme Court Is Out of Touch 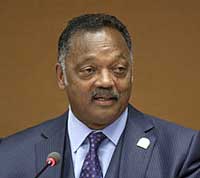 In its decision Monday on affirmative action, the Supreme Court punted. It reviewed the University of Texas affirmative action program — in which race is admittedly "a factor of a factor of a factor" in admission, one of many factors used with a university committed to the educational benefits of a diverse student body — and said the lower court had to give it even stricter scrutiny. Or in essence, take another, harsher look and come back next year.

In making the decision, the court once more revealed how out of touch it is with reality. The 14th Amendment to the Constitution was passed to provide equal protection of the laws to African Americans emerging from slavery. But 150 years of slavery was followed by 100 years of apartheid, as the courts and the Congress perverted the purpose of the Reconstruction Amendments (13-15).

Finally, under Chief Justice Earl Warren, the court, driven in part by the civil rights movement and in part by Cold War concerns that legalized discrimination might discredit the U.S. in the nations emerging from colonialism, ruled that segregation was unconstitutional and accepted affirmative action to bring equality of opportunity to all Americans. And that revolution in civil rights for blacks led directly to the women's movement, the gay liberation movement, and the Latino movement.

Now, conservatives on the court want to distort the Constitution once more, and rule that affirmative action based on race is unconstitutional, even when it is undertaken to provide opportunity to those who were locked out. In essence, the court is saying that equal opportunity has been achieved, and that considering race as a factor is thus inherently discriminatory.

But African Americans still make far less than whites do. African-American unemployment is twice as high. The wealth gap has widened, not closed. African-American children still enter a world stacked against them. Too many are born to poverty, raised on mean streets. They go to crowded and underequipped schools, starved by the "savage inequality" of funding. They are targeted by banks for higher interest rates, and the most exotic mortgages. They are more likely to be arrested for nonviolent crimes like those involving drugs, more likely to be jailed if arrested, more likely to serve time if tried. In red states across the country, conservatives pushed various measures to limit their right to vote. The pattern of continuing discrimination is pervasive and inescapable for all who care to look.

That's why Justice Ruth Ginsberg dissented from the opinion, arguing that more scrutiny is not needed. After a yearlong review, the university, she writes, reached a "reasonable, good faith judgment that supposedly race-neutral initiatives were insufficient to achieve the educational benefits of student-body diversity." The purpose is constitutional; the means appropriate. Nothing else should be required.

In this case, in the Voting Rights case likely to be announced this week and in future cases, the court faces a choice. It can ignore the reality of race in this country, enforce an ideological position and trample the basic constitutional mandate of equal rights under the law. Or it can take a clear look at reality and sustain the original intent and clear mandate of the Constitution, particularly its 14th and 15th Amendments. The rights of African Americans — but also the rights of women, of the GLBT movement, of Latinos — will depend to no small degree on how the court rules.