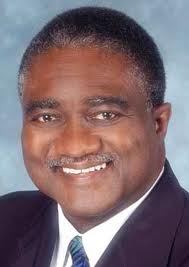 Chicago Public Schools CEO Barbara Byrd-Bennett has announced plans to close at least 50 schools as a cost-cutting measure. But before any other urban school system follows suit, it should take an extended recess and reflect on what has happened in the past that makes this such a foolish idea.

We can start by looking at what has happened in Chicago. A volunteer group called CREATE –Chicagoland Researchers and Advocates for Transformative Education – has produced a briefing paper on past school closings that provides some interesting insight.

First, there is the issue of trust. Based on its past performance, there is no reason to trust the Chicago Board of Education's financial projections. The board approved a budget with a $245 million deficit for the 2010-2011 school year. But instead of a deficit, the board ended up with a $328 million surplus.

"A 2009 study by the University of Chicago Consortium on Chicago School Research (CCSR) found that 82% of the students from 18 elementary schools closed in Chicago moved from one  underperforming school to another underperforming school, including schools already on probation," said CREATE. "In a follow up 2012 report, the CCSR determined that 94% of students from closed Chicago schools did not go to 'academically strong' new schools."

The researcher stated, "School closings will also negatively affect the achievements for students in the receiving schools… For one thing, closings often lead to increased class sizes and overcrowding in receiving schools. As a result, the pace of instruction is slower and the test scores for both mobile students and non-mobile students tend to be lower in schools with high student mobility rates."

When the Chicago School Board announced its previous closings, it figured it would sell, lease or repurpose half of the schools. However, a Pew study found that of the buildings closed between 2005 and 2012, only 17 schools were either sold, leased or repurposed. Another 24 closed properties remain on the market.

Surprisingly, of the 77 public schools closed in the past decade, 80 percent now house other schools.

Everyone realizes that with a dwindling school-aged population, not as many schools will be needed in the future. And across the country, we have seen how former schools have been converted to community health centers, churches, community centers and other useful facilities.

But if they are simply becoming schools again, what's the point in closing them in the first place?

Chicago is not the only major city that has overpromised and under delivered in public education.

Administrators in Washington, D.C. boasted about how much money they would save by closing a group of schools.

Pointing to a report by the Office of the D.C. Auditor, CREATE noted, "The audit determined that instead of saving the district $30 million, as claimed by former schools chancellor Michelle Rhee, the closures actually cost the city $40 million after factoring in the expense of demolishing buildings, removing furnishings, and transporting students.

"Further, the district lost another $5 million in federal and state grants as students left the system, many to charter schools being built in tandem with the closings."

With all the lip service paid to public education by Chicago Mayor Rahm Emanuel, he has not been willing to put his money where his mouth is. Instead of investing in a school system still reeling from a teachers' strike last fall, he has announced plans for the city to fund a new 12,000-seat basketball arena for DePaul University – a private school.

"Our biggest concern is killing the neighborhood with a venue that sits vacant for most of its useful life and, the only time it is used, it'll be largely for an alcohol-focused sporting venue that will bring unwanted rowdiness, security and parking issues," Tina Feldstein, president of the Prairie District Neighborhood Alliance, told the Chicago Sun-Times. "There are 18 DePaul home games. Let's add in other convention events. Add Rush Arena football. You could add and add and add and you're still going to end up with a massive facility that will sit vacant for most of its useful life and not add any value economically."