Voting for Fluoride on May 21: Simple Solution for Big Health Issues 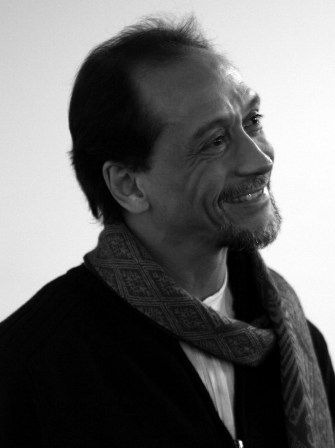 When I was a younger rice-picker, when we first came to America, our oldest brother always gave me three reasons to do as he said. With his hand's knuckled backside not six inches from my nose, he'd count out those three reasons for my immediate obedience.

Starting with his stubby thumb, he'd say: "One, when Momma and Poppa are at work, I'm in charge."

"Two," sticking up a long knobby forefinger, "I know what's best for you."

"Three --" curling those two together with his remaining brown fingers into a fist as irresistible as the mighty grilled front of a Ford Galaxy 500.

Vote yes on the science

Fluoride is a naturally occurring element. Like carbon.  Like hydrogen. All kinds of water – ocean water, river water, lake water – have more or less fluoride in there.

Over 3700 public health studies from the 1950s to the present have shown 30 percent reductions in tooth and gum decay, from micro-miniscule infusions of fluoride into municipal water. Cavities and rotten gums dropped by about one-third. Today about 74 percent of American city residents swallow fluoride with their tap water, with their coffee or tea or tooth-brushing. There are no public health downsides.

Portland's tap water is not fluoridated. Portland area kids are troubled by 40 percent more untreated tooth decay than Seattle's kids, where city water is treated with fluoride. That's bad. In a 2004 study comparing Head Start students in The Dalles (fluoridated) with same age kids in Hood River (not fluoridated) – so guess which city's girls and boys had 50 [ercent less dental decay.

Speaking in good old dollars and cents: Portlanders will save $38 in dentist bills for every $1 we spend fluoridating our drinking water.

Healthy teeth, particularly childrens' teeth, is an important indicator of the over-all health of our Asian and islander communities. According to current community health literature, bad oral health is coincident with digestive and blood sugar disorders, among other chronic illnesses.

Today, half of the energetic kids packing Portland Public Schools District's halls between classes go home to ethnic minority families. As big and growing as we are, community health advocates will tell you, we're a bit slow to participate in formal political processes. We've been absent when it's time to articulate our needs at ballot time.

Today, we have to participate in democracy. Good health is up to us. Our local non-profit public interest organizations: Urban League of Portland, African American Health Coalition; African Women's Coalition; African Partnership for Health; Asian Pacific American Network of Oregon; Oregon Latino Health Coalition; Latino Network; Causa; and many-many more caring community groups are all about that. These non-partisan associations of elders and activists have done the research and are taking a single position in favor of fluoridating Portland's tap water.

"We understand that a range of solutions are needed including education, nutrition, and access to dental care.  Yet unlike every other major city in America, Portland is missing one critical piece -- fluoridated water."

Participatory democracy requires responsible Portlanders to impress our  expectations on those who govern us.

The third finger, my personal reason for doing what we can to get Portland's drinking water fluoridated, is about owning a nice smile. Having one, ear to ear, means so much. Embarrassment about bad teeth means even more than that.

When our family first arrived in the US, like many newcomer families, we knew next to nothing about dental health. After six years here, after my first dentist's long look into my mouth, he told our mom that I had 12 cavities. Though I didn't know how many teeth an average totok owns, I was pretty sure that 12 rotten ones was a lot. I figured our parents would pay plenty, but I had no way of knowing how much scraping, drilling, and filling my bad teeth was going to hurt me.

That dentist fixed this part of my problem, but he did nothing for my crazy-crooked teeth. And I had no idea how much American kids cared about my bad teeth. So much fun they made of my raggedy smile every time I was happy -- that I quit smiling. I quit being happy among my school buds. Soon after that I stopped having a peer life. A lot of unhealthy things followed.

Having Urban League or Oregon Latino Health Coalition or Asian Pacific American Network around back then, would've helped.

The science is sure. Our communities' health is at issue. Every boy needs to smile, every girl needs to laugh big and often. There you have it: three reasons to get fluoride in Portland's water.

Nota:
Authority for public health and dental health propositions above can be found at: www.healthykidshealtyportland.org