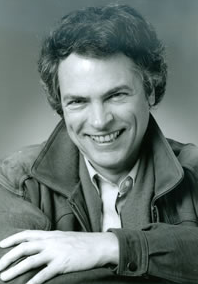 A quarter of a century ago, I had a case in which an elderly woman suffered a stroke after she had been awakened in the middle of the night by police bashing in her front door, ransacking her home.

The City of Portland was the named defendant, but the target was the Portland Police Narcotics Unit, which received a warrant to search the house based on allegations of a police informant.

The house had been divided into several apartments, and the description of the inside of the house given by the informant strongly suggested that she had never actually been inside the house.  As a result, the court found that the warrant had been illegally obtained, and evidence turned up during the search of one of the apartments was thrown out by the court because the warrant had been illegally obtained.

Judge James Ellis held a hearing on the matter, and when it came my turn to cross-examine the informant, I referred to her as "Disembodied Voice," and asked a series of questions such as, "Can you name three people who could verify that you are someone whose testimony can be trusted?"  I asked the Disembodied Voice where she went to high school, what work she had, whether she had ever been convicted of crimes.  In each case, the defense objected, and the Court did not require the witness to answer.

At the end of the hearing, Judge Ellis quite properly ruled that this witness would not be allowed to testify, "because the plaintiff has not been allowed to pursue her full rights to cross-examination."

Something quite different is unfolding in the federal courtroom of Judge Garr M. King.  Judge King, one of the most respected of the federal judges in the Northwest, has ruled in the terrorism trial of Mohamed Mohamud that employees of the FBI who contacted Mohamud, praised him for his courage and dedication to Allah — and who eventually supplied him with a fake bomb — could testify while wearing disguises, and without the defense lawyers being able to ask just who these men were, where they came from, or other questions that would indicate whether or not they were trustworthy.  They were, in essence, "Disembodied Voices."

In my jury trial before Judge Ellis, the only thing at stake was money.  Judge Ellis' ruling was simply based on the traditional right to cross-examine witnesses.  In Mr. Mohamud's case, he is facing life in prison, and at stake is the constitutional right of all persons accused to confront the witnesses against them.  Further, by allowing witnesses to testify in disguise, and in clearing the courtroom of observers, the Court is virtually declaring that Mohamud is a terrorist, since such security would be unnecessary if he were – as the defense contends – simply a deeply troubled and easily manipulated teenager.

Now, in response to a relative handful of religious fanatics who once were able to inflict great damage upon a great city by using box cutters to commandeer airplanes, we have all of these anti-democratic practices, and more.

The foundation for a lawless and technologically advanced police state is being built up around us, every day.