Why Do We Label Muslims Terrorists But Not Americans Who Commit the Same Atrocities? 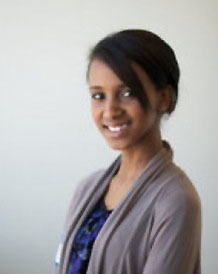 What did 9/11 mean to us? How much do those memories still affect us in our everyday lives? Are we still holding on to those memories and using them to paint all Muslims as potential terrorists?

When Muslims commit atrocities we have no hesitation in calling those acts terrorism.  So why do we use completely different language when non-Muslim Americans commit those same atrocities.

It begs the question: How do we really define terrorism?

Though it was over a decade ago, America is not far removed from the tragic pain felt on 9/11, which was without a doubt an act of terrorism.  Still, I ponder over this concept of terrorism, because the real definition has yet to hit me. I see terrorist-like acts but they're not defined as terror by the American media. Watching the news I see these horrific events of violence affecting our communities, and even those attacking innocent children, such as the recent Newtown, Connecticut shooting.

As President Barack Obama said, "As a country we have been through this many times, whether it's an elementary school shooting in Newtown, a shopping mall in Oregon, a temple in Wisconsin, a movie theater in Colorado or a street corner in Chicago."

American people are committing terrorist-like acts, and yet the media chooses not to frame them as acts of terrorism.

As defined in the dictionary, a terrorist is one who, "terrorizes or frightens others." James Holmes, Ryan Lanza, Eric Harris and Dylan Klebold are non-Muslim Americans that have devastated many families from their violent crimes, have killed young people, yet have not been labeled as terrorists.  That label, in fact seems to be reserved for the few Muslims who commit similar acts.

Sadly, the image of Islam in the United States has taken a negative turn since 9/11. Islam is defined as one unity. "Salaam" means in peace we come, but why do many Americans find it hard to accept those words and welcome Muslim people with open arms?

"Salaam" means in peace we come, but why do many Americans find it hard to accept those words and welcome Muslim people with open arms? The word Islam actually means "Peace" or "submission" of one's will, but unfortunately to many Americans it is associated with terrorism. What Muslims need the American public to understand is this:  Just as groups such as the KKK are not representative of Christianity, neither is al-Qaeda representative of Islam.

According to the definition of terrorism there are many relatable groups which fall into this category. Take the Ku Klux Klan (KKK) for example, a racist, anti-Semitic movement claiming to bring "a message of hope and deliverance to white Christian America."

But just saying they are acting on behalf of Christians doesn't mean it's true.  Are the KKK following the teachings and personal example of Jesus or are they doing the opposite of what he would want his followers to do? Is oppression and bloodshed a religious duty of Christianity? Obviously, the answer is no. The violence done in the name of Christ cannot be laid at his door step. We can't and don't hold Christianity responsible when so called Christians violate the teachings of Christ they claim to follow.

That same concept should be applied to terrorists universally, whether they commit crimes in the name of Christ, Mohammed, Buddha, or even baby giraffes.

As I see it, a terrorist is a terrorist -- one who commits violent acts of terror such as murder and rape, usually in public against large groups to gain attention, plain and simple. As a society we should start calling it what it is, and move beyond using it as an exceptional term for Muslim, Arab and Middle-eastern people.

In my opinion the definition of terrorism, as it is portrayed in the media, has incorrectly resonated in the minds of many non-Muslim Americans as a product of Muslim anger, and affected people so much so that the value of human equality does not apply to Muslims anymore. I'm also convinced the word terrorist has infected the hearts and minds of the Muslim community with un-controllable weaves of fear, and has challenged the innocent voices of many. The fault is neither with the religion nor god, but with those who commit inhuman acts.

Please understand that for Muslims, the attack on the United States was just as devastating and surprising as it was to non-Muslims across the world.  Muslims have long feared governments, due to the corrupt and oppressive governments of their ancestral countries. Now, the nation which many Muslims now call home, America, has become a land of inequality, confusion and hopelessness for many families.

Muslims in America are fearful of injustice and that we will be stereotyped.  The media and society perpetuate that fear by continuing to define acts of terror as committed only by Muslim people.  The 9/11 atrocity was committed by radical Islamic terrorists. The Newtown shooting was an act committed by a terrorist, for reasons we do not yet know.

In order to follow through on America's promise of equality and justice, we should call terror what it is, and leave religion, ethnicity, and culture out of it.