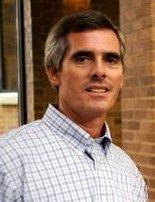 If you negotiated a debt settlement in 2012 on the balance of your credit card account, you may surprised to find that you owe taxes on the debt that has been forgiven. The IRS views forgiven debt of $600 or more as taxable income and expects you to pay taxes on that amount.

Hence, if your debt was $1,000 and the creditor accepted $400, the $600 amount that was forgiven is considered taxable income.

If you have debt that has been forgiven, you should have already received a 1099-C form from your lender that shows the amount of the settled debt. This form is typically mailed in January, so contact your lender if you have not received this form. When your creditor files a 1099-C form with the IRS, the government already knows the amount of your settlement. According to USA Today, the IRS was projected to receive 6.4 million debt forgiveness forms in 2012, and another 6.5 million forms in 2013.

Filing forgiven debt can get complicated because the forgiven amount may count as income on your tax return. It is a good idea to get help from a tax adviser when filing your taxes. To make filing easier, keep all paperwork and details of the conversations with the lender.

There are some exceptions to having to declare the forgiven debt as income:

* Debts discharged in bankruptcy are not considered taxable income.

* Mortgage debt forgiven due to foreclosure is not taxable. The 2007 Mortgage Forgiveness Debt Relief Act was set to expire after the 2012 tax year, but was extended through 2013 in the "fiscal cliff" negotiations that concluded in the first days of 2013.

* Amounts specifically excluded from income by law such as gifts or bequests count as exceptions to inclusion for gross income.

* Cancellation of certain qualified student loans count as an exception.

If you received a 1099-C form and feel you qualify for one of these exceptions, it is your responsibility to explain to the IRS why you don't need to count this forgiven debt as income. You will have to file another form, Form 982, the Reduction of Tax Attributes Due to Discharge of Indebtedness, with your income tax form.

The IRS has a booklet that explains canceled debt. It includes examples and worksheets.