Bullying: Adults Need to Check Themselves Before Pointing Fingers at Youth 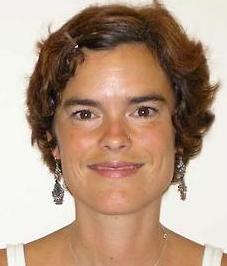 The United States has seen a deluge of much-needed attention to the issue of bullying in the last decade. Horrific examples of young people harassing and abusing their peers--sometimes to the point that the victims commit suicide--have forced parents and educators to begin thinking about the issue and to initiate or expand bully prevention efforts.
What is often missed in these discussions, however, is the problem of adults who bully young people. Adult bullies cause perhaps even more damage, as it is adults that young people are supposed to trust and to look up to.

The United States is, as Jessie Klein recently argued, a Bully Society. And it is not just our young people who are responsible. Adults model bullying behavior all the time, demonstrating to young people how to pick on others who have different-colored skin, look different, or act different.

Big bully 60-year-old Joe Rickey Hundley, upset because 19 month-old African-American toddler Jonah Bennett had the audacity to cry on an airplane, announced that someone should "shut that n!%%*# baby up." Hundley then proceeded to slap Jonah in the face, according to numerous reports. Bullies berate and attack those who dare to challenge them. This was cyclist Lance Armstrong's decades-long modus operandi whenever he was asked whether he was riding free of performance-enhancing substances, which of course he was not.

While we hear about students bullying each other, teachers bully students, too. Take for instance the case of Akian Chaifetz, a 10-year-old boy with autism who suddenly began having violent outbursts in class.

His father found out why when he sent Akian to school wearing a wire. The verbal abuse Akian was enduring from teachers and aides would bring anyone to tears. The tape revealed the following barrage: "Oh, Akian, you are a b@$!@#*… Go ahead and scream because, guess what? You're going to get nothing until your mouth is shut. Shut your mouth!"

Like so many other problems, this one also cannot be chalked up to "bad apples." Rather, bullying persists in our educational institutions that are created and maintained by adults.

In many of our public schools, young people endure abusive yelling by teachers, are prohibited from using restrooms when they are in desperate need, and sometimes even experience physical assault in the form of corporal punishment.

Special education students and young men of color are disproportionately told they are worthless when they are suspended or expelled via "zero tolerance" laws.

In higher education, administrators sometimes bully students who offer any form of dissent, as in the case of Hayden Barnes who was "administratively withdrawn" from Valdosta State University because he protested the university's proposal for a new parking garage.

While these actions aren't typically called bullying but instead are "for their own good," the result is that young people are harassed, excluded, and assaulted in educational institutions with regularity.

The young people who are victimized by big bullies suffer emotionally, academically, and often physically. They are more likely to drop out of school and engage in other dangerous behaviors.

What can we do? We can start by calling these things what they are. Bullying. Abuse. Assault. Adults need to practice what we preach and treat others with the dignity and respect they deserve.

Adults also need to recognize that the policies and practices we say are protecting children or holding them accountable often create more damage than good.  Since we have begun a "national dialogue" about violence and bullying, we better be sure to look at our own behaviors as well.