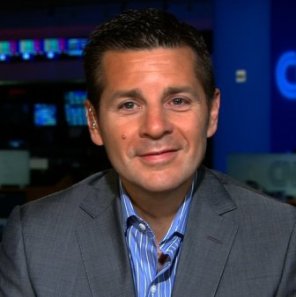 A fumble on the goal line. An interception returned for a touchdown. A missed game-winning field goal in the closing seconds. Most view these as just part of the game of football. But could these things actually be the work of God?

If God influences which teams win championships, it's clear that God likes certain teams more than others. And God's favorite -- and I know many will hate to hear this -- is clearly the New York Yankees. The Bronx Bombers have won 27 world championships, far and away the most championships of any American professional sports team.

Other teams high up there on God's fantasy sports team include the Boston Celtics with 17 NBA championships, the Pittsburgh Steelers with six Super Bowl wins and the Detroit Red Wings with 11 Stanley Cup titles.

And if God's affection for your team translates into more championships, then God really hates the Chicago Cubs. OK, maybe "hate" is too harsh, but there must be a reason the Cubs haven't won a championship in more than 100 years. What did the team do to deserve this much pain?

Even the Cubs crosstown rivals, the Chicago White Sox, won a World Series in 2005. And keep in mind that organization was involved in the infamous "Black Sox" scandal, in which some of its players took bribes in exchange for intentionally losing the 1919 World Series.

But despite the Cubs' horrible history, a special place must be reserved in God's doghouse for the NFL's Buffalo Bills. Not only haven't the Bills won a Super Bowl in 46 years, they made it to the Super Bowl four years in a row, from 1991-1994, and lost every time.

The most painful loss was in 1991, when the Bills' kicker missed a game-winning field goal in the closing seconds, resulting in a one-point victory for the New York Giants. (Being a Giants fan, I was praying for the kicker to miss, so maybe God was involved on some level.)

Of course, if God is helping teams win, how do you explain the success of teams with names like the New Jersey Devils or Duke Blue Devils? The New Jersey Devils have three Stanley Cup Championships and the Duke Blue Devils are consistently a powerhouse in NCAA men's basketball, winning their last national championship in 2010. Perhaps God has some evil competition in the area of sports?

In any event, let's turn to Sunday's Super Bowl. Are there any signs that might indicate which team God may support in the match between the Baltimore Ravens and the San Francisco 49ers?

It's truly a tough call. Both teams feature stars who have publicly declared their strong connection with the big guy in the sky. The Ravens' Ray Lewis excitedly announced after his team's victory propelling them to the Super Bowl: "God is so amazing." While the 49ers quarterback Colin Kaepernick recently said: "I think God watches over everybody. ... He has a plan for everyone."

But public displays of devotion to God alone have not proven to propel an entire team to victory -- just ask Tim Tebow. He's watching the Super Bowl on TV.

Maybe we should look at which team has had more success in the past -- that could be a sign.

Well, the Baltimore Ravens have won only one Super Bowl, the one played in 2000. But the team has consistently made it to the playoffs, year after year.

So, which team will God be rooting for come Sunday? As someone who believes strongly in God, I actually hope that God could care less which team wins. I'd hate to think prayers weren't being answered because God was watching the Super Bowl. I'd prefer that God be focused on helping people truly in need of assistance with bigger challenges than covering the point spread.

To me, San Francisco's Kaepernick had it right with his recent statement: "I don't think (God's) cheering for one team or another. I think he's helping everybody, just trying to keep everybody safe."

God does, indeed, work in mysterious ways, so we will truly never know if certain teams are favored. But if they are, here's praying that the New York Giants will be back in the 2014 Super Bowl.

Dean Obeidallah, a former attorney, is a political comedian and frequent commentator on various TV networks including CNN. He is the editor of the politics blog "The Dean's Report" and co-director of the upcoming documentary, "The Muslims Are Coming!" Follow him on Twitter: @deanofcomedy.