Now Is the Time to Talk About Guns and Mental Illness 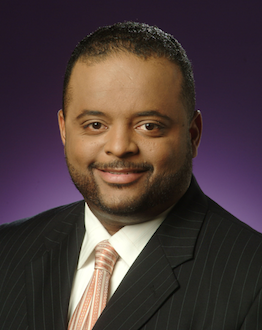 Enough!
Enough with putting off tomorrow what we should be talking about today. Enough with being afraid to step on someone's delicate sensibilities when it comes to the Second Amendment. Enough with elected leaders who are too cowardly to confront the National Rifle Association and their ardent supporters. Enough with moms and dads and brothers and sisters and aunts and uncles and pastors and deacons who are afraid to make public the private anguish of mental illness.

America, 20 of our children are dead, and we are all paralyzed, not knowing what to do or say. I've shed tears for the lives of the innocent children and adults at Sandy Hook Elementary School in Newtown, Connecticut. Many of you have likely done the same.

We witnessed the president of the United States, Barack Obama, stand before the country fighting back tears talking about the lives lost, reminding of us other tragedies involving guns and sick individuals behind the trigger.

And every time this happened, those who refuse to discuss gun control are quick to say, "Now is not the time."

One day after Kansas City Chiefs linebacker Jovan Belcher shot and killed his girlfriend, Kasandra Perkins, NBC Sports anchor Bob Costas said it was time to talk about this nation's fascination with guns. Instead of being hailed as an honest communicator, he was vilified for having the audacity to raise the subject at the halftime of a football game.

Have we become such a nation of cowards that we are desperate to not discuss a real issue, instead saying, "Please, shut up so I can watch the game?"

Yet today, we are glued to the television, unable to turn from the scene in Newtown, Connecticut, eager to find every new detail as to what led to the horrific mass murder of a classroom full of kindergartners.

It wasn't time to talk about this when Rep. Gabby Giffords was shot in the head, and six others were killed in January 2011. It wasn't time in July 2012 when 12 people were blown away in a movie theater in Colorado. Seven were killed at a Sikh temple near Milwaukee near August, and we were told then, "Now is not the time."

So, please, exactly when is the time?

This nation, whether we want to admit it not, is one that is fascinated and enraptured with guns. It courses through our veins like heroin shooting through the arms of an addict. We love to see it in our movies, video games, on television, and then we'll fiercely defend the right to bear arms, all while flagrantly waving the U.S. Constitution in the face of anyone who objects.

There is absolutely no reason why we need as many guns in America. None. It simply shouldn't be the way of life others are so quick to defend. There is absolutely no doubt that we need tough and stringent gun control. Not solely to prevent murders like those in Connecticut, but to remove the option when someone is angered, depressed or in the case of too many, mentally ill.

And that's the second issue that it's time that we come to grips with in this country: We are a nation that has chosen to either medicate or ignore altogether.

"They have a few screws loose." "You know he's off his rocker." We've heard all of the terms. We often laugh and dismiss the mentally ill in America, choosing to cross the street when we see the homeless veteran screaming and cussing at anyone who walks by. When it's time for budget cuts, those most vulnerable often get thrown out first.

For years American cities, counties and states have shirked their responsibility when it comes to the mentally ill, choosing to abandon helping them, but quick to build a new prison to incarcerate them when a law is broken.

Now we wait to see if the Newtown, Connecticut, killer will be the latest Jared Lee Loughner (Gabby Giffords), Seung-Hui Cho (Virginia Tech), or James Holmes (Colorado movie theater all individuals who were described as mentally unstable.

Too often the warning signs were there, but ignored for one reason or another.

Could any of these tragedies have been prevented? No one knows for sure. But I sure as hell would rather try than have to be a first responder and look a parent in the eye and say, "Sir or ma'am, I'm sorry. But your baby is dead, killed in the classroom along with 19 other classmates."

America, NOW IS THE TIME.


Editor's note: Roland Martin is a syndicated columnist and author of "The First: President Barack Obama's Road to the White House." He is a commentator for the TV One cable network and host/managing editor of its Sunday morning news show, "Washington Watch with Roland Martin."