Even in Defeat, Republicans Still Don't Get It 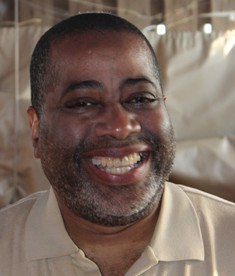 With the elections now over, I am stunned with the postmortem coming from the Republican Party and the lack of substantive analysis from its operatives.

Those who follow my writings know that I have written extensively about the shifting demographics of our country and the need for Republicans to adequately address this issue.  For this, I have been constantly criticized by fellow Republicans, not for the substance of what I wrote, but for sharing my views with the public.

Romney was by far the biggest loser of this election cycle.  How is it possible in the 21st century to run a national campaign with no Blacks or Hispanics of consequence on staff?  Well, Romney managed to do it.  And you wonder why Blacks voted against Romney to the tune of 93 percent and Hispanics 70 percent?  These groups were often not voting for Obama, but against Romney.  The sad and unforgivable part was Romney and his team were not even cognizant that they had no people of color on staff.  Republicans are so used to hiring all of their friends and children of their friends, that they have truly become colorblind or just blind to people of color.

Let me be clear: When I say on staff, I mean people with hiring authority, budgetary control, or the ability to get a meeting with the boss put on the calendar.

But, it's not just Romney. The RNC, under Reince Priebus, has no Blacks or Hispanics in powerful staff positions; the House Campaign Committee, under Congressman Pete Sessions? Ditto. The Senatorial Committee, under Sen. John Cornyn? Ditto. So, this issue of lack of diversity is a structural thing that permeates every level of the Republican Party.

The second biggest loser was Black Republicans. The harshest criticism of me  has come from Black Republicans who are looking to be validated by Whites in the Republican Party (most of them are in Texas, Florida and the D.C. area).  Whites in the party know they can count on them to validate the most extreme behavior and rhetoric coming out of their mouths.

So, to these Blacks that have their daggers constantly aimed at my back, you should know that I have helped to raise more than $ 300k for Romney's campaign and since December, have helped raise more than $ 1million for Republican candidates this cycle. In other words, I have earned the right to criticize my party.

Post-election, the party leadership is talking without saying anything.  Republicans are saying things like: "We need to do a better job communicating our conservative message to minorities."  What?  Are you kidding me?

Why has the media never asked these Republicans to define what "conservatism" is?  But, this highlights the Republican's problem when it comes to diversity.  They want to come into our community and tell us what we have to believe, as opposed to asking us what we believe and use that as the basis of building a mutually beneficial relationship.

Until the party actually starts hiring minorities on every level of the party, spends money travelling to meet with minorities, and tones down the incendiary language coming from our party, we will never make any advances with the minority community.

So far the party is talking loud and saying nothing.

Raynard Jackson is president & CEO of Raynard Jackson & Associates, LLC., a Washington, D.C.-based public relations/government affairs firm. He can be reached through his Web site,  www.raynardjackson.com.