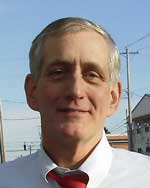 For Mayor we are endorsing Charlie Hales because he has experience in Portland government, he represents bedrock progressive values and his priorities for the city – social justice, job creation and sustainability – are ones we can get behind. He has worked in both the public and private sectors, and to us this means Hales understands the needs of the business community as well as the potential for bureaucratic abuse of public resources. We believe Hales understands how to get things done. 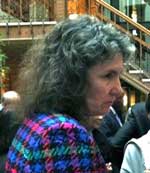 Similarly, we endorse Amanda Fritz for City Commissioner. Fritz spent years working her way up as a community organizer even though she already had a career in health care; and she didn't give up when the going got tough. Fritz' dedication to the City of Portland shines through in the dogged way she has weathered sexist insults about her effectiveness in office – criticisms we believe to be unfair and unfounded. Fritz' success in bringing about the Office of Equity with a unanimous vote of her peers despite a punishing round of media criticism rallies our own faith in the power of a compelling idea. We want Fritz to have another four years in part to see what more she might accomplish before retiring from the Council, which she has said she plans to do. 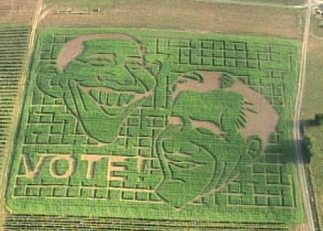 Judge of the Court of Appeals Tim Volpert


These are our endorsements for the ballot initiatives on the Nov. 6 ballot. Check back next week for our candidate endorsements. Whether you agree or disagree, be sure to get out and vote.


YES ON MEASURE 77. Measure 77 amends constitution to allow the governor to declare an emergency (a "catastrophic disaster") and begin recovery efforts by removing certain specified spending limits. Considering that Oregon is expecting an earthquake in the next 30 years, it's a good idea to make it easier for the Governor to direct disaster operations more quickly and efficiently.

YES ON MEASURE 78. Measure 78 is a "housekeeping" measure designed to clean up language, misspellings and clarify Oregon's three branches of government.

NO ON MEASURE 79. Measure 79 amends constitution: Prohibits real estate transfer taxes, fees, and other assessments. Critics charge that the law takes control away from local governments and should not be put into the state constitution.

YES ON MEASURE 80. Measure 80 allows personal marijuana, hemp cultivation/use without license; commission to regulate commercial marijuana cultivation/sale. While we have reservations about some aspects of the law, we support a common sense effort to start regulating the pot industry and bring its profits into the tax coffers. This is the only measure that, if passed, could potentially CREATE revenue for the state.

YES ON MEASURE 81. Measure 81 prohibits commercial non-tribal fishing with gillnets in Oregon "inland waters," allows use of seine nets. This measure is aimed at protecting the last wild salmon runs in the Columbia River by banned the use of gillnets—which capture everything that runs into them, whether it's endangered fish or not.

YES ON MEASURES 82-83. Measures 82 and 83 amend the state constitution to authorize establishment of privately-owned casinos and mandates percentage of revenues payable to dedicated state fund. It's a shame the campaign has been suspended but we are supporting it anyway. Why should one group have a monopoly on casinos? We'd like to see competition in the industry and if there's a shake-up in tribal casino management – so be it.

NO ON MEASURE 84. Measure 84 phases out existing inheritance taxes on large estates, and all taxes on intra-family property transfers. Few Oregonians will be impacted by the cost of an inheritance tax, but everyone would be impacted by the loss to the state economy of an estimated $50 million to $175 million a year, depending on how it would reduce capital gains taxes, according to the state Legislative Revenue Office.

YES ON MEASURE 85. Measure 85 amends constitution: allocates corporate income/excise tax "kicker" refund to additionally fund K-2. One of the biggest problems the Oregon legislature has is that its tangle of anti-tax laws makes it hard to budget in general. The kicker is a major culprit in that it literally drains out the state's savings account if any money is saved – kicking it back to corporations that, in some cases, are not even based here. Make sense? We don't think so either.


NO ON THE LIBRARY LEVY. 26-143 Form Library District with permanent rate to fund library services. We are worried about piling more taxes onto households in tough times. It's not that we don't support the libraries, but as Multnomah County Chair Jeff Cogen says without this measure, things will stay the same. So we are making the tough call of passing on this one, this time.


YES ON THE SCHOOLS BOND. 26-144 Portland Public School District Bonds to Improve Schools. We didn't support the last schools bond because it was too costly and poorly written. This measure has built-in citizen accountability, which is important because we do not have faith that school district bureaucrats will spend our resources wisely. If the measure passes, we will be holding the district's feet to the fire on how these dollars are used.

We all support our Fire and Police Departments, but dedicating 26 cents on every tax dollar the city takes in for their disability plan is a burden that we can't continue to bear.

NO ON THE ARTS TAX. 26-146 Restore School Arts, Music Education; Fund Arts through Limited Tax. We love arts in the schools – they actually help kids learn many other subjects. But this regressive tax measure hits every working adult "over the poverty line" with a $35 a year charge, with part of the money going to the ballet, the symphony and the opera. Many people are still the working poor even if they are above the official "poverty line" – and these people should not be tapped to subsidize the ballet, the symphony and the opera. As much as we love those things too.