Is Obama a Day Late and a Dollar Short in Black Florida? 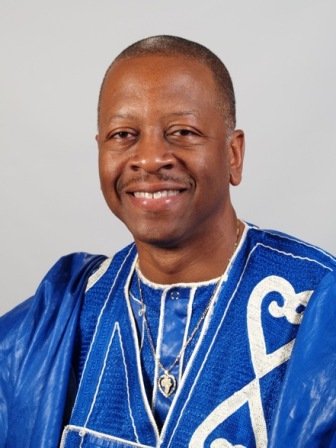 Most of us know that our Sunshine State is so important in presidential politics because (1) Florida has 29 electoral votes of the 270 necessary to elect a president, and (2) we are a "swing state" that can vote either Democrat or Republican.

But if you listen to most political pundits, this election is done and Bro. Prez will win easily. The president, who is a cautious politician, has already gone into a "prevent" defense/"four corners" offense that takes little risk. He will attempt to run out the campaign clock on Mitt Romney.

Well, here's news. The latest Real Clear Politics poll that averages various Florida polls show Bro. Prez up by 3.2 percent as of this writing. That average is within the collective margins of error of the polls, which means that Mitt Romney can still win Florida – a must-win state for him.

If Romney loses Florida, he's done. But Bro. Prez can win without Florida if he holds many of the states he won in 2008. That's another reason our state is so important; if Obama wins here, he puts Romney out of his misery. Thus, every vote counts here.

• Obama's Black voter campaign strategists must think it's still 2008. As columnist Lucius Gantt has often written, every crackhead, pimp and prostitute in Florida registered to vote – many for the first time – and voted for The First Black President in 2008; all you had to do was point them to the polling places.

But Black Floridians' enthusiasm for Obama began to slowly wane as a consequence of the 2008 multibillion-dollar bank bailout that left us all behind; the 2009 stimulus package that had little impact in our neighborhoods; and the disproportionate number of bank foreclosures among Black Americans that the Florida Courier began to report on in 2007.

Obama has not used the bully pulpit of the presidency nor the levers of power effectively to protect key voting blocs who put him in office – Blacks, Hispanics, and youth, especially college students.

Voter suppression and early voting restrictions were put in place by the GOP-dominated Florida Legislature in 2009 while Obama and the Department of Justice watched; they didn't get into the fight until early 2012.

Bro. Prez's reluctance to fight for his base has allowed the GOP to make it harder to vote and has reduced the number of Black voters in Florida. That means that voter education, especially about proper absentee voting and having valid IDs, as well as early get-out-the-vote (GOTV) efforts, should have already started in Florida – but they haven't. Why not? Because…

• The campaign still takes Black voters for granted. Running a 2008 campaign in Black Florida in 2012 reflects the Democrats' sense of entitlement with regard to non-White voters. (Obama should ask 2010 Democratic gubernatorial candidate Alex Sink how that worked for her.)

Politicians and political parties put their money and time where their mouths are. Bro. Prez has spent no time seriously fighting for the Black vote. He's only given a lackluster speech to the Urban League, softball call-in interviews on non-political Black radio talk shows – Tom Joyner, Michael Baisden, etc. – and hasn't taken hard questions from Black journalists. (He refused to take questions when Black newspaper owners met him in the White House in March. I was there.)

As of this writing, the Washington Post reports that Obama has spend $174 million in TV ads alone.

But the campaign hasn't spent one dime on Black newspaper political ads anywhere in the country to date even though Nielsen Company research indicates that 28 percent of Black "baby boomers'' – Obama's base of support – still consume print media, and 67 percent of Black Americans surveyed want to see ads targeting them. He's spent a pittance on Black radio, and everything else on "mainstream'' TV and on the Internet.

• Thousands of Black votes have been left "on the table.'' Voter registration ends on Oct. 9 for the presidential election. On Aug. 29, a federal judge invalidated part of a law that reduced Democratic voter registration by almost 95 percent in Florida from 2008. That same week, the Obama campaign spent more than $2 million for TV ads primarily in South Florida, Orlando and Jacksonville, according to the Washington Post.

Black fraternities, sororities, civil rights group local branches and churches could have been mobilized with Black-owned media statewide, at the campaign's expense, to put on weekend voter registration drives for six weeks from Aug. 29 through Oct. 9. It would have cost the Obama campaign less than what was spent on TV ads for a single week in Orlando.

As part of its digital campaign strategy, the Obama campaign initiated a "Gotta Vote Florida" online campaign to register new voters. It's been a failure. How do I know? It hasn't been well-publicized – and it's got only about 1,000 Facebook "likes.''

And there's another pot of Black voters that won't get to the polls – Florida's ex-felons, who turned out in droves in 2008. In August, the Florida Courier reported that the Florida Parole Commission is sitting on more than 17,000 Restoration of Civil Rights certificates that would notify former felons that they can now register to vote. The American Civil Liberties Union cross-checked the names on those certificates with voter registration lists and found that 13,571 of them are not registered voters – presumably because many of them don't know they've been cleared to register. (The state says it didn't have their addresses.)

The parole commission's website allows viewers to search to see if an ex-offender's rights have been restored. Did the campaign think to add the link to their registration website? Was any thought given to locating these folks? How much would it have cost to design and execute a media campaign just to this population of voter-eligible ex-felons? A day's worth of Florida TV ads?