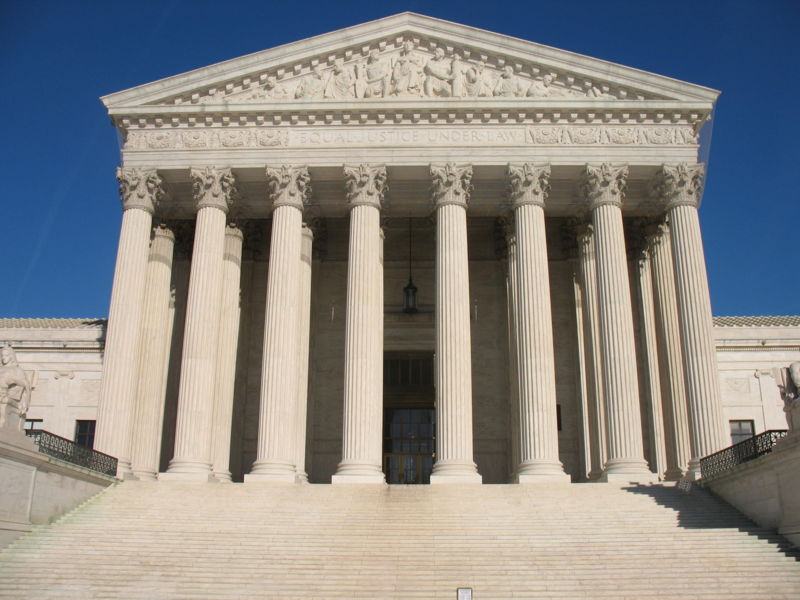 Bashe Yousuf, a torture victim from Somalia, was among plaintiffs who won a $21 million lawsuit against his Somali torturer in Federal Court.

WASHINGTON- Will victims of distant genocides and crimes against humanity be allowed to continue using U. S. courts to seek justice against their persecutors, as well as the individuals and corporations that helped facilitate human rights violations across the globe?

In a case before the U.S. Supreme Court, Shell Oil is sending a shocking message: victims of mass atrocities should have no standing in our nation's courts.

The case, Kiobel v. Shell, concerns a group of Nigerian refugees living in the United States who sued Shell for helping Nigeria's former dictator torture and kill environmentalists. Rather than simply deny the allegations, Shell is trying to deny the plaintiffs—and all victims of foreign human rights crimes—the right to seek justice in U.S. courts. Our courts, Shell argues, are powerless to hear claims that a foreign government slaughtered its own people in its own territory—even when the defendants who committed or financed these crimes find refuge in this country.

For victims of human rights abuses, the stakes couldn't be higher. For decades, U.S. courts have given survivors what repressive regimes back home denied them: a chance to confront their abusers, seek truth, and obtain a measure of justice. I know because I am one of these survivors.

As a young businessman in Somalia in the early 1980s, I was tortured by the former Siad Barre regime. Accused of treason for the "crime" of volunteering in a civil society group, I was bound by ropes in excruciating positions, suffocated with water, and electrocuted. I spent most of the next seven years in solitary confinement in a small, windowless cell.

After my release, the United States gave me asylum. But it also gave me something that victims could not dream of in Somalia—the chance to bring my persecutor to justice. In America, I discovered that General Mohamad Ali Samantar—the former Somali Minister of Defense who exercised command and control over my torturers—was living in comfortable retirement in a Virginia suburb.

My lawyers at the Center for Justice and Accountability, a San Francisco-based human rights organization, helped me and other survivors bring a case against Samantar. In 2010, we fought all the way to the U.S. Supreme Court—and won. Samantar was denied immunity for his crimes, and in August 2012, a trial judge ordered him to pay $21 million to his victims. The judgment sent a clear message: there will be no safe haven in the United States for human rights abusers.

Our case against General Samantar is the latest in a long line of precedents brought under a 200 year-old law—the Alien Tort Statute—that allows victims to sue in federal court for violations of international law. In 2004, the Supreme Court upheld that law. But now Shell is asking the Court to ignore that precedent and roll back decades of progress in human rights.

I fear that our case—which has become a beacon for ending impunity in modern-day Somaliland—will be the last of its kind. Shell claims that human rights do not belong in U.S. courts. If the Court accepts Shell's arguments, U.S. law will no longer give survivors of foreign genocide, war crimes, or crimes against humanity the right to hold perpetrators accountable.

But Shell is wrong. Mass atrocities are the business of our courts. International human rights violations know no borders. Cases like Samantar or Kiobel are not about distant crimes in far-away lands. They are almost always about American lives. They are about the war criminal next door, seeking to escape responsibility for his past. They are about the torture survivor whose business suit, doctor's coat, or factory uniform conceals her scars. And they are about the rogue company whose offices in America reap profits from abuses overseas.

Shell's lawyers are asking the Supreme Court to shut the courthouse doors on these cases. I have faith that the Court will hold those doors open. We must not avert our eyes to the human rights abusers living among us and deny victims their day in court.

America's Wire is a nonprofit news service run by the Maynard Institute for Journalism Education. Articles can be published free of charge. For more information, visit www.americaswire.org or contact Michael K. Frisby at mike@frisbyassociates.com.)