Open Letter from National Urban League to Nike: Just Don't Do It 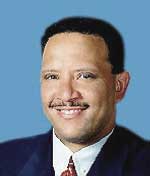 "The economy continues to fall apart, unemployment rates are through the roof and Nike knows that the kids are strung out. So they just keep mass marketing high-priced cool to those who can't afford it."

In recent weeks, on behalf of the National Urban League, I have been urging Nike to reconsider its plans to market a new basketball shoe targeted to urban youth that will be priced in the neighborhood of $300.  We understand that adolescence is a time dominated by peer pressure, the emulation of celebrities and the need to fit.  This often leads to equating self-esteem with material status symbols, including high-priced sneakers.   Aside from the misplaced values this represents, it can have devastating consequences for low income urban families.  All of us – from parents and children to corporations –have a responsibility to recognize this problem and do something about it.  On Aug. 24, I sent a letter to Nike company officials outlining our opposition to the upcoming release of their latest overpriced basketball shoe.  Our objections include the economic exploitation of low-income youth and their families, the promotion of misdirected priorities to our children, and the potential and sometimes real violence associated with this type of marketing campaign.  Following is a copy of that letter.

In light of the recent news that Nike plans to release a $315 basketball shoe, I ask that you pause to reflect on the implications of your decision during this fragile economic recovery.

It's no accident that Nike is a coveted brand among the nation's urban youth.  It's no secret that the frenzy surrounding Nike product launches repeatedly results in eruptions of violence.  Obsession with the Nike brand in poverty-stricken communities, according to published reports has led to muggings, beatings, and worse.

With unemployment and its attendant hopelessness and desperation at historic highs in the very communities targeted by Nike's aggressive marketing, now is the time to step back and consider the true impact of this kind of campaign.  To release such an outrageously overpriced product, designed to appeal to a young, urban demographic, while the nation is struggling to overcome an unemployment crisis is insensitive at best.

Nike may well assure itself that it is not responsible for the priorities and values of its customers, but it can choose to address the negative consequences of its own marketing.  In recent years, Nike's award-winning advertising has promoted a message of personal achievement and self-esteem.  That message is undermined by Nike's appeal to shallow materialism.

As you are aware, in our public statement earlier this week, we called upon parents to resist the pressure to purchase expensive sneakers when those dollars would best be spent on school supplies, books or computers.  They ultimately are responsible for the choices they make for their children, and for the values they instill in them.  But good corporate citizens and responsible community members should help, not hinder parents in their efforts.

Please reconsider your plans for the LeBron X Nike Plus, and join the National Urban League in our efforts to empower young people to value their own talents – athletic and otherwise – above empty status symbols, and work together for broader access to the economic mainstream.