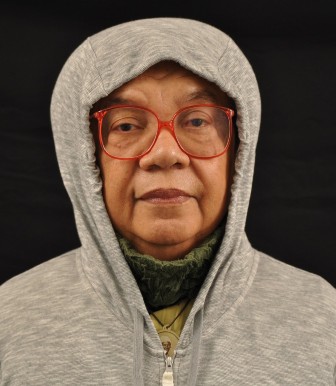 I didn't make this world for you.

You didn't buy any stock in my railroad.

You didn't invest in my corporation.

Where are your shares in standard oil?

I made the world for the rich

Dietrich Bonhoeffer, the great German Protestant theologian, who was executed for opposing Hitler's holocaust, believed that the test of the morality of a society is how it treats its children. I agree and am deeply ashamed that the United States of America flunks Bonhoeffer's test every hour of every day as our policies and priorities permit 16.1 million children – more than 1 in 5 – to live in poverty in the richest nation on earth and 7.3 million to live in extreme poverty according to the new Census poverty data.

Children under five are our poorest age group with one in four infants, toddlers and preschoolers – who did not choose their parents – poor during their years of greatest brain development. The U.S. Agriculture Department recently reported that a record number of families in America are struggling to put enough food on the table and that one in five children live in a food insecure household. Millions of Americans, many of them hard working parents, have only food stamps to keep the wolves of hunger from their door.

Yet, the Ryan budget passed by the House of Representatives not only would do nothing to decrease epidemic poverty, hunger and homelessness during this time of economic downturn and parental joblessness, it would increase their struggles by taking away food and other essential supports. Ryanomics is an all-out assault on our poorest children while asking not a dime of sacrifice from the richest 2 percent of Americans or from wealthy corporations.

Ryanomics slashes hundreds of millions of dollars from child and family nutrition, health, child care, education, and child protection services, in order to extend and add to the massive Bush tax cuts for millionaires and billionaires at a taxpayer cost of $5 trillion over 10 years. On top of making the Bush tax cuts permanent, the top-income bracket would get an additional 10 percent tax cut. Millionaires and billionaires would on average keep at least an additional quarter of a million dollars each year and possibly as much as $400,000 a year, according to the Citizens for Tax Justice.

The Ryan budget does not name or touch any of the many expensive tax incentives, tax loopholes or tax subsidies that help the powerful and the wealthy. It doesn't close tax loopholes or rein in incentives to corporations investing or taking jobs overseas, several of which alone could generate $129 billion over 10 years. It doesn't touch the tax advantage for private equity partners that now provides a $15 billion windfall over 10 years or the tax preferences for oil and gas companies that cost about $40 billion a year.

Ryanomics widens the already huge wealth and income chasm in our nation and only benefits the richest Americans and powerful corporations while ripping apart already porous safety nets for vulnerable children. Ryanomics masquerades as a fiscally responsible deficit-reducing budget plan to preserve our children's future. In reality, it is Robin Hood in reverse – stealing from babies to benefit billionaires and increasing the deficit.

To come up with a portion of the Ryan budget's savings requirements, the House Agriculture committee chose to cut more than $33 billion from food stamps but left subsidies to large profitable corporate farms intact. By reducing benefits and changing food stamp eligibility rules nearly 2 million children would lose benefits, about 22 million children would be in households with reduced benefits, and 280,000 low-income children would lose free breakfast and lunch at school. Ryanomics equals more hungry poor children.

Ryanomics has no trouble naming cuts to programs helping poor children and families to pay for massive government handouts for the wealthiest. It:

Does away with child tax credits 5 ½ million low income children, primarily in immigrant families because of a new requirement that taxpayers must include their Social Security number on tax returns to claim the child tax credit. Working families with incomes averaging $21,000 a year would see their taxes raised about $1,800;

Eliminates the $1.7 billion Social Services Block Grant (SSBG) that funds critical services for the most vulnerable populations, primarily low and moderate income children and adults who are elderly or disabled. SSBG serves roughly 23 million people, about half of whom are children. If SSBG is repealed, 4 million children would lose child care and child protective services for 1.7 million children and child abuse prevention and intervention for 640,000 children would be disrupted;

Repeals the Affordable Care Act that prevents insurance companies from denying coverage for children with pre-existing conditions, rescinding coverage when children get sick, and ensures young adults can stay on their parents' health plans until age 26. The repeal would put 14 million children at risk for losing health coverage by ending the maintenance of effort protections that prevent states from cutting children from the Medicaid and Children's Health Insurance Program rolls;

Turns Medicaid over to the states in the form of a federal block grant and cuts spending by $810 billion over 10 years, giving states the power to slash eligibility, benefits, and payments to doctors and hospitals while raising costs on the poor. Today, Medicaid provides comprehensive health and mental health coverage to nearly 36 million children and has helped to reduce the number of uninsured children as employer sponsored coverage has eroded and families have struggled during the economic down turn.

Ryanomics is not only poor arithmetic, it is also poor morality and gross injustice that turns upside down the requirements of all great faiths to protect the poor and vulnerable. The U.S. Catholic Bishops in a letter to every member of Congress on May 8, 2012 said: "Deficit reduction and fiscal responsibility efforts must protect and not undermine the needs of poor and vulnerable people" and declared that the proposed cuts in the House budget "fail this basic moral test." The much-publicized "Nuns on the Bus," Catholic Sisters committed to fighting poverty, challenged Ryanomics declaring: "We insist on a Faithful Budget that affirms the life of all God's children – not just the wealthiest few." And Albert Camus, Nobel Laureate, speaking at a Dominican monastery in 1948 said: "Perhaps we cannot prevent this world from being a world in which children are tortured. But we can reduce the number of tortured children." He described our responsibility as human beings "if not to reduce evil, at least not to add to it" and "to refuse to consent to conditions which torture innocents." He said, "I continue to struggle against this universe in which children suffer and die."

And so must all of us including our political leaders of all parties.

Marian Wright Edelman is president of the Children's Defense Fund whose Leave No Child Behind® mission is to ensure every child a Healthy Start, a Head Start, a Fair Start, a Safe Start and a Moral Start in life and successful passage to adulthood with the help of caring families and communities. For more information go to www.childrensdefense.org.