Public Schools and Privatization: a Failing Grade in Chicago 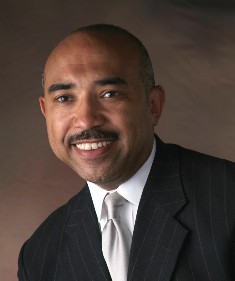 Last week, emboldened educators in Chicago who are members of the American Federation of Teachers finally euphemistically said enough is enough and put their collective feet down on the streets by striking against the city of Chicago, and the so-called reform of national education favored by the White House and United States Department of Education.

Beyond mischaracterizations by the corporate-owned media teachers in Chicago are not looking for a free ride on the reform bus, but are challenging the very structure of American education.  In short, the chalk board is divided into two sides:  One that enhances and sustains public educators—from pay to preparation, to pensions, and another that would privatize the $600 million American education system to the highest bidder for profit.

The question to be answered is whether public education should be privatized? Unfortunately, it seems that Mayor Rahm Emanuel, current Chicago Mayor and former White House Chief of Staff is on the wrong side of the issue.  The Chicago teachers have the right answer.

A review of American public educational history is useful.  In 1853, against the will of the wealthy and corporate barons, the United States established a public school system for all students (in theory).  Prior to that, only White children of the rich and resourced were privileged to be educated until high school or college.  Following the American Civil War, the federal government launched the Reconstruction in which public school for Black and White students—albeit separate and unequal—existed.  In 1896, The United States Supreme Court ruled in the Plessey v Ferguson case that a racially separate national school system was constitutional.   By the 1930s Charles Hamilton Houston and Black civil rights lawyers challenged the racially separate and unequal national education system that culminated in the seminal Supreme Court case of Brown v. Board of Education, decided in 1954.

After Brown, the idea of privatization began by White parents who did not want the children to attend public schools with Black children.  White business leaders and clergy aligned to establish all-White, private academies.  In the 1960s such "leaders" realized that their public taxes were going to schools in which Black children were being educated.   Thus, the first of education voucher ideas appeared to allow White parents to opt to send their kids to virtually all-White public schools in addition to their private schools.  By the 1970s, courts instituted mandatory busing to public schools to enforce the "all deliberate speed" phrase included in the Brown case.

In the 1990s, the concept of public charter schools was developed across the country.  The idea was to use public funds to create private schools with private sector money and private investors.  Yes, "Public Charter" schools have private investors who seek financial dividends.  Public education should be an American right and not a private privilege.  In the name of "reform," Charter schools arose as the public school system and its teachers were vilified as failing to educate students.  The problem was never the public schools and public teacher unions, but rather the lack of full funding by the federal government and support for public unions that represent public teachers.

Currently, the federal government only contributes 9 percent of public school funding. The other 91 percent is allotted by state and local educational entities.  In many cities Public Charter Schools are used as an alternative threat to public teachers should their test scores not rise.  In effect, the White House's "Race to the Top" educational program forces teachers and school districts to compete for funding.  Predictably, teaching the tests to students, and cheating on tests has resulted.  Enter Chicago teachers.

By standing up to give the right answer Chicago teachers are challenging the entire public school and public union debate.  In a revealing sense, the fight that public unions fought in Wisconsin against a right-wing Republican governor last year is playing out in Chicago against a Democratic Mayor, and by silence the Democratic White House.  Hmmmm!

If American pubic school students are to compete with their counterparts from China, India, Japan, Germany, and other world powers our nation must declare public education a matter of national security.  As such, teachers need to be paid well with livable pensions, public teacher unions need to be supported, facilities need to be upgraded to 21st century standards, and the White House and Congress should support legislation rewards—not punishes—public educators.

The children of the resourced will usually do well.   But how about the masses of students and the people that teach them?

Mayor Emanuel and the White House must get to the head of the class and answer the public/private question right.