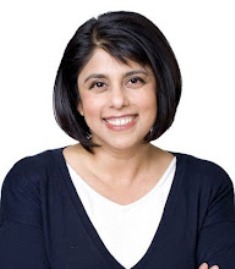 Editor's note: Sumbul Ali-Karamali is the author of The Muslim Next Door: the Qur'an, the Media, and that Veil Thing, and Growing up Muslim: Understanding the Beliefs and Practices of Islam. She is on the steering committee of Women in Islamic Spirituality and Equality and is a member of the Muslim Women's Global Shura Council, both of which aim to promote women's rights and human rights from an Islamic perspective.

(CNN) -- My father always told me never to talk about religion, politics, or other people's children. He was part of a generation of American Muslims who wanted to stay quiet and assimilate into American life and not rock the boat. Growing up in Southern California, I tried to follow his advice.

But after 9/11, I found that I, along with other American Muslims, have had little choice but to talk about religion.


Although countless Muslims have condemned the acts of 9/11 in the United States and worldwide, American Muslims became objects of suspicion.

The 9/11 terrorists broke numerous laws of Islam and were denounced as mass murderers by Islamic religious leaders. Even so, Islam is viewed as a religion preaching violence.

In the aftermath, amidst the fear and anger, many American Muslims realized that the reason Americans were so quick to believe the worst about Muslims after the horrific attacks of 9/11 was that Americans knew little about even the most basic tenets of Islam.

And we realized that if we didn't explain our beliefs and traditions, then other people would write our stories for us.

Despite our efforts, that's exactly what has happened.

Although 9/11 did compel some Americans to learn more about Islam, it also triggered a wave of anti-Islam feeling that has burgeoned. And though there have been interfaith initiatives, books on Islam, documentaries, education efforts, and shows like "All-American Muslim," polls show that Americans' negative views of Islam have increased since 9/11, not decreased.

Such trends cannot help but discourage even the most optimistic of American Muslims; many of us are more fearful now than a decade ago, and entire Muslim communities feel besieged.

Anti-mosque incidents have escalated in recent years. Earlier this summer, a mosque in Joplin, Missouri, burned to the ground. Last year, Roger Stockham was arrested with explosives outside the Islamic Center in Dearborn, Michigan. An arson fire seriously damaged a mosque in Wichita, Kansas, last year. And incidents of mosque vandalism have become more common.

Hate groups have been on the rise, too; one of the most horrific hate crimes was the murder of Shaima Alawadi, a young mother who had received anonymous notes calling her a terrorist.

Almost every Islamic studies professor or speaker I personally know -- whether they are Muslim or not -- receives hate mail and sometimes death threats.

How has this happened in our country? There are many reasons. It is not simply a lack of information about American Muslims, but also misinformation and, in many cases, outright fabrications about what Islam entails and what Muslims believe. An example of one of the most ridiculous is the assertion that Muslims cannot abide dogs; we are so evil, apparently, that man's best friend is our enemy. (See Muslims with Dogs, a website that flippantly dispels this nonsense.)

The Center for American Progress issued a report in 2011 which documented a small but extremely well-funded network of anti-Islam fear-mongers who have worked diligently to spread misinformation about Islam. Directly or indirectly, these fear-mongers fomented the "ground zero mosque" hysteria, promoted the film "The Third Jihad," which the New York Police Department showed as a training video -- and was strongly criticized for doing so -- and have been responsible for Islamophobic advertisements on public buses all over the country.

This anti-Islam rhetoric has been connected to violence, too: Anders Breivik, who murdered more than 70 people in Norway, cited anti-Islam bloggers numerous times in his manifesto, in which his stance against "Islamization" was a clear theme.

It's not just a lack of information on Islam that American Muslims have had to battle, it is an increasing body of vitriolic myths and tall tales about Islam and Muslims that we continually have to explain or dismiss.

Particularly frightening is the eagerness with which public figures and political officials have leapt onto the Islamophobia bandwagon. Peter King's "Muslim radicalization" hearings, Michele Bachmann's baseless accusations of public officials being linked to the Muslim Brotherhood, and the NYPD's long-term spying on Muslim communities (which produced no leads) are just several examples of the increasing demonization of every Muslim and, increasingly, the entire religion of Islam.

Islam is the second-largest religion in the world, and Muslims comprise more than one-fifth of the world's population. No religion can flourish for 1,400 years without being flexible and adaptable.

The defamatory rhetoric directed at Muslims and Islam in this country has little to do with the actual religion or its adherents and everything to do with fear of the Other.

For American Muslims, the past decade has been tumultuous. We have emerged from private life to public life, into the public sphere in an effort to aid understanding between the communities of our multicultural country.

We do it not only for ourselves, but because irrational fear of Islam and Muslims is bad for all Americans: it frays the social fabric of our society; it creates divisions between Americans; it affects the health of our democracy; and it affects the wisdom of our policy choices.

In the last decade, I have encountered numerous Americans who understand this and who, despite the fear-mongers, have made remarkable efforts to connect with Muslims.

Recently, I spoke at a Jewish temple as part of their educational series. They broke into spontaneous applause during my talk on Islam and women, and gave me a standing ovation at the end.

They were one of the many moving examples of generosity and openness I have encountered in the past decade. And that, despite the discouragement and fear, is what gives me hope for the future.

The opinions expressed in this commentary are solely those of Sumbul Ali-Karamali.