Mike Green, a Co-Founder of the America21 Project
Published: 27 August 2012 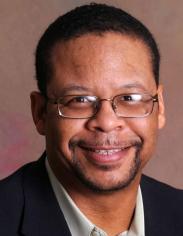 The New York Times proclaimed that Republican presidential nominee Mitt Romney is heading into the GOP convention this week in Tampa, Florida determined to ratchet up the combative rhetoric against President Barack Obama. The reason? He believes it is the best tactic to appeal to white working-class Americans. According to the Times:

"Mitt Romney is heading into his nominating convention with his advisers convinced he needs a more combative footing against President Obama in order to appeal to white, working-class voters and to persuade them that he is the best answer to their economic frustrations."

In September, the Private Equity and Venture Capital industry will attend an annual Private Equity Analyst Conference hosted by Dow Jones. One of the myriad discussions by the nation's elite and powerful investment community will be Mitt Romney's high profile impact upon the private equity industry. Here's the agenda item to be presented at the Waldorf Astoria Hotel in New York City on Sept. 20 that will close out the first day of the conference:

"Romney's Run: Why the PE Industry Will Never Be the Same."

"Having a private equity veteran as a presidential nominee has put a spotlight on an industry that usually doesn't find itself in the public eye.  In this session, our panel will analyze how the Romney effect may alter tax policy, transparency and dealmaking."

Most Americans (and journalists) don't pay a lot of attention to the machinations and makeup of the private equity and venture capital industry. But it is this industry that fuels many high-growth entrepreneurial ventures that contribute significantly to the nation's job growth and wealth creation process.

The private equity and venture capital industry provides billions of dollars each year in risk capital investments that help startups and young growth stage companies grow faster and produce more jobs across America. Young companies seeking capital swim in the waters of private equity and venture capital. The Kauffman Foundation produced a report in 2010 that declared "all net new jobs" in America were generated by startups, companies five years old and younger. And industry veterans, like Mitt Romney, repeat that record over and over again.

The private equity and venture capital industry has grown significantly over the past 40-plus years while ignoring much of the economic conditions across non-white America. Today, the failure to include minority sectors in long-term investment strategies in urban regions, developed by private equity and venture capital leaders, threatens the global economic competitiveness of the nation.

From MLK to Obama

21st century America is presumed to be very different than it was in 1968, when Dr. Martin Luther King was assassinated as he prepared to address economic conditions in Memphis and Black America at large. But economic data today suggest not much has changed. The unemployment rate of Black Americans remains double that of white Americans — a statistic that has not changed, year over year, since Dr. King was searing the nation's conscience with his non-violent eloquence.

The numbers of Black entrepreneurs exploded from 2002-2007 to reach 1.9 million Black-owned businesses. The unfortunate reality of that level of eager aspiration was the lack of private equity and venture capital, which meant lack of business growth. The result: 1.9 million Black-owned businesses produced less than 1 percent of the nation's GDP. And to add insult to injury, 1.8 million of those businesses were sole proprietors with zero employees.

Then the economy collapsed.

Today, the private equity and venture capital industry is embarrassed by its stark lack of diversity and failure to include and invest in a pipeline that cultivates innovative talent inherent in America's minority communities. When the data boil down to paltry percentages of Black Americans participating and competing in the industry, it's easy to see why no one wants to talk about diversity and inclusion in the private equity and venture capital industry.

But Mitt Romney is running for president on the record of his experience as a job creator in the private equity and venture capital industry. So, the issue of inclusion, or lack thereof, should be center stage.

What was Governor Romney's record on economic inclusion in Massachusetts, a hotbed of entrepreneurial innovation?

What does the STEM education (science, technology, engineering and math) channel look like for Massachusetts' minorities seeking to access the high-wage STEM fields and high-growth entrepreneurship sectors?

According to the North Central Massachusetts Minority Coalition, the state leads the nation in student achievement, yet Black and Latino students lag 20 points behind. That gulf of disparity is consistent across the nation, culminating in an economic impact that a McKinsey and Company report described as "the economic equivalent of a permanent national recession." If that's the situation in Massachusetts, one of the nation's leading innovation ecosystems, where is the private equity and venture capital industry in addressing this pipeline problem?

Last year, the National Venture Capital Association and the Angel Capital Association co-located their annual gatherings in Boston, the No. 2 hub of entrepreneurial innovation in America (Silicon Valley in California's Bay Area is No. 1). There was no discussion of the missing minorities. Yet, the NVCA reported in its demographic census that Black and Latino VCs combined comprise roughly 2 percent of its membership of nearly 600 venture capital firms. The ACA's membership has just one Black-owned angel group (Minority Angel Investor Network).

WWRD: What Would Romney Do?

If Romney and the private equity/venture capital industry are aware of the dearth of minority participation, the lack of investment in minority-owned enterprises, and the lack of entrepreneur resources and innovation infrastructure within Black and Latino communities in urban regions across America, what efforts are being made to correct this problem?

Romney's focus on the private sector as the economic savior for America deserves serious scrutiny that recognizes America is home to a multicultural society. Does his record reflect policies that have uplifted minority peoples who have endured the wrath of a hostile society and been deprived of the benefits of equity citizenship through many generations?

In 21st century America, as opposed to 20th century America, shouldn't private equity and venture capital invest in all talent pools to prepare and better equip the deal flow pipeline to contribute to and compete in America's innovation economy?

How many of those companies were minority-owned? Does the industry maintain such data?

Ironically, the venture capital industry is in a little-known crisis as large public pension funds reevaluate their participation. Still, Fred Wilson, one of the industry's most well-known investors, proclaims the biggest problem is there's simply too much money.

It is unimaginable for financially-starved minority-owned companies and communities that an industry exists that presumes its biggest problem is it is awash with a flood of cash. It is equally unimaginable that limited partners who place bets in the private equity business are public pensions that derive their income from a multicultural landscape and channel hundreds of billions of those multicultural dollars into a homogeneous niche of general partners in venture capital who in turn invest in startup founders who meet the "pattern." Perhaps Romney can address the question regarding why there are two economically segregated American societies: one awash with free-flowing funds while the other suffers economic starvation.

The stark reality of a virtually lily white industry beating its chest about how job growth and wealth creation is attributed to its economic strategies and presumed government-less approach to the economy is undermined by a couple of facts:

1.      The venture capital industry has partnered with numerous public pension funds to invest those monies into young companies to fuel their growth. That strategy of investing public monies into private companies has largely failed. The Kauffman Foundation dropped a bombshell on the industry earlier this year in its longitudinal study report, titled, "We Have Met the Enemy and He is Us." Kauffman's Harold Bradley told Bloomberg TV, "We didn't see a single fund in 22 years that was over $400 million that beat public markets by what's called the venture rate of expected return, or 3 to 5 percent better than the public markets." This year, some pensions have decided to pull out of venture funds, but not before losses that severely cut into the value of those pension funds. (Note: Kauffman strongly supports direct investing in entrepreneurial enterprises. It criticized the methods employed by many, not all, venture capital firms).

2.      The economic strategy that omits inclusion is unsustainable. That was the formula for getting to this point of economic distress. The industry is now beginning to realize it needs more Black and Latino Americans engaged in the innovation economy. That process will require long-term investments that develop strong infrastructures to prepare and equip minorities to not only participate in the 21st century innovation economy, but compete at a high level.

Media must shine a bright spotlight upon the important issue of inclusive competitiveness. So far this year, only one business magazine in the nation has seriously addressed the issue of economic inclusion: Oregon Business Magazine.

Additionally, one organization in the Midwest deserves kudos for incorporating long-term inclusion strategies into its framework. Nortech is a tech-based economic development powerhouse in Northeast Ohio. It recently created the position of Vice President of Inclusive Competitiveness and appointed America21 co-founder Johnathan Holifield to inaugurate the position. That move has already reaped dividends, as Holifield was a major influence in the recent PolicyBridge report, "The Fusion of Inclusion," which revealed the region's significant minority population wasn't participating to any great degree, much less competing in and contributing to the strength of the region's innovation economy.

On Sept. 20-21, 2012, the private equity and venture capital industry will meet in New York and discuss Mitt Romney's impact on the industry's "tax policy, transparency and dealmaking." Industry leaders and conference organizers would do well to add to the agenda the hot-button issue of Inclusive Competitiveness. The addition of that agenda item may require inviting the leaders at Nortech, who are now developing economic strategies to include more of the diverse local population in strengthening the economic competitiveness of the Northeast Ohio region. Perhaps their work could be a template for the rest of the nation?

Let's ask Mitt Romney, who, according to a recent NBC News-Wall Street Journal poll, is apparently in need of focusing more attention to the issue of economic inclusion.

Mike Green is an award-winning journalist and public speaker. He is a co-founder of The America21 Project. Reach him at mike@blackinnovation.org.